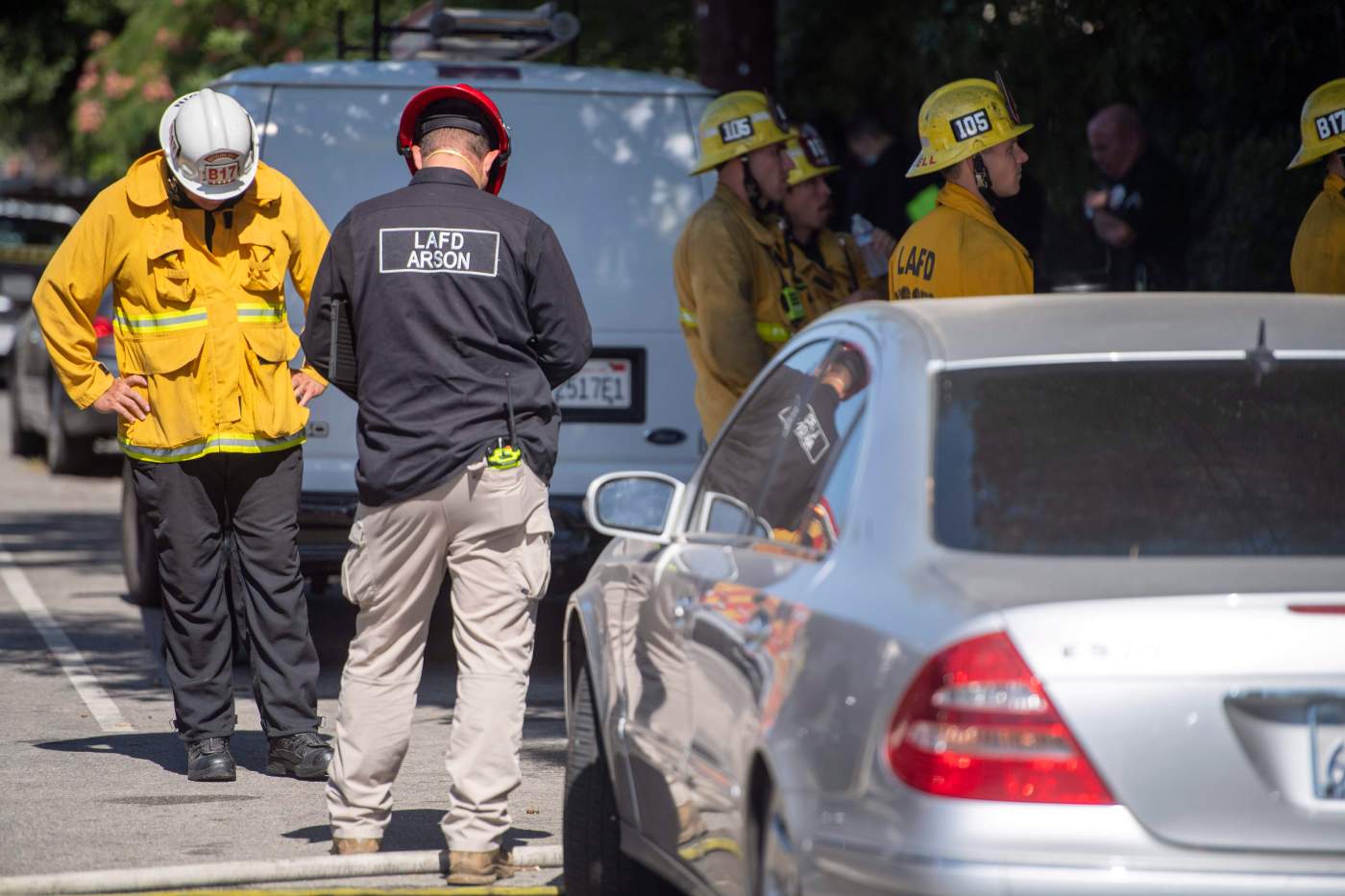 A dead man found inside a burning home in Woodland Hills on Monday had a “severe injury” to his throat, police said.

A woman believed to be the man’s girlfriend later approached police at the scene and told them she killed him, then set the house on fire, Los Angeles Police Department officials said in a statement.

An LAPD spokesman declined to give further details on the killing, and homicide detectives were not immediately available for comment Tuesday. But detectives told CBS2 Los Angeles on Monday that the woman was the victim’s girlfriend.

Firefighters who responded to the home burning in the 23000 block of Victory Boulevard at around 2:30 p.m. on Monday said they found the dead man inside. Police were called, and officials later said the man did not die due to smoke or fire. At the time, officials didn’t elaborate on how they knew that.

On Tuesday, they said after officers got to the home, the woman “approached them and stated that she had set the residence ablaze and had also murdered the victim found inside of the residence.” They arrested her without incident, according to the statement.

Police said they found a knife at the scene they were treating as evidence.