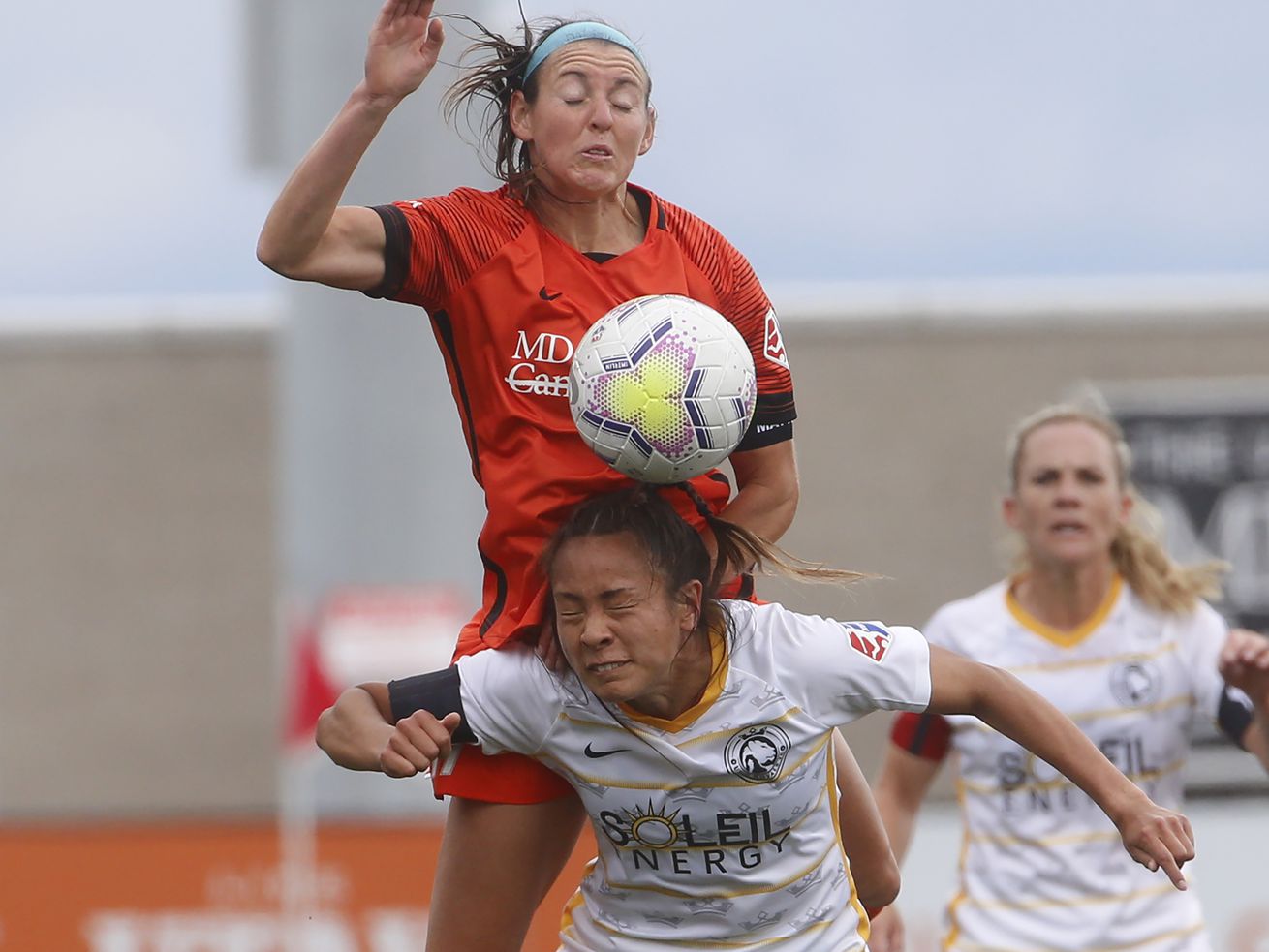 Facing the Houston Dash in both teams’ first game in the NWSL Challenge Cup, URFC scored two goals in the final nine minutes to come away with a 3-3 draw.

The final goal came in the 89th minute as rookie first-round pick Tziarra King headed in a long free kick from Vero Boquete.

A debut fit for a @tziarra scores her first professional goal.

A few minutes prior, Boquete scored herself on a beautiful free kick to pull a goal back following a rather disastrous 20 minutes for the home side.

After getting on the board first in the 35th minute on a goal from Diana Matheson, URFC gave up three unanswered goals, the first coming right as first-half stoppage time began.

The passing and then the finish by @RachelDaly3

Houston’s Rachel Daly scored in stoppage time to tie the game after a defensive breakdown from URFC. She scored again just after halftime on a beautiful header off a corner kick. The wheels really appeared to come off for URFC as the Dash’s Shea Groom scored her team’s third goal in the 67th minute before URFC’s strong finish.

URFC will next play Sky Blue FC on Saturday night.

Ferrari ‘rolling up its sleeves, not crying about’ SF10000 efficiency | F1 – NEWPAPER24