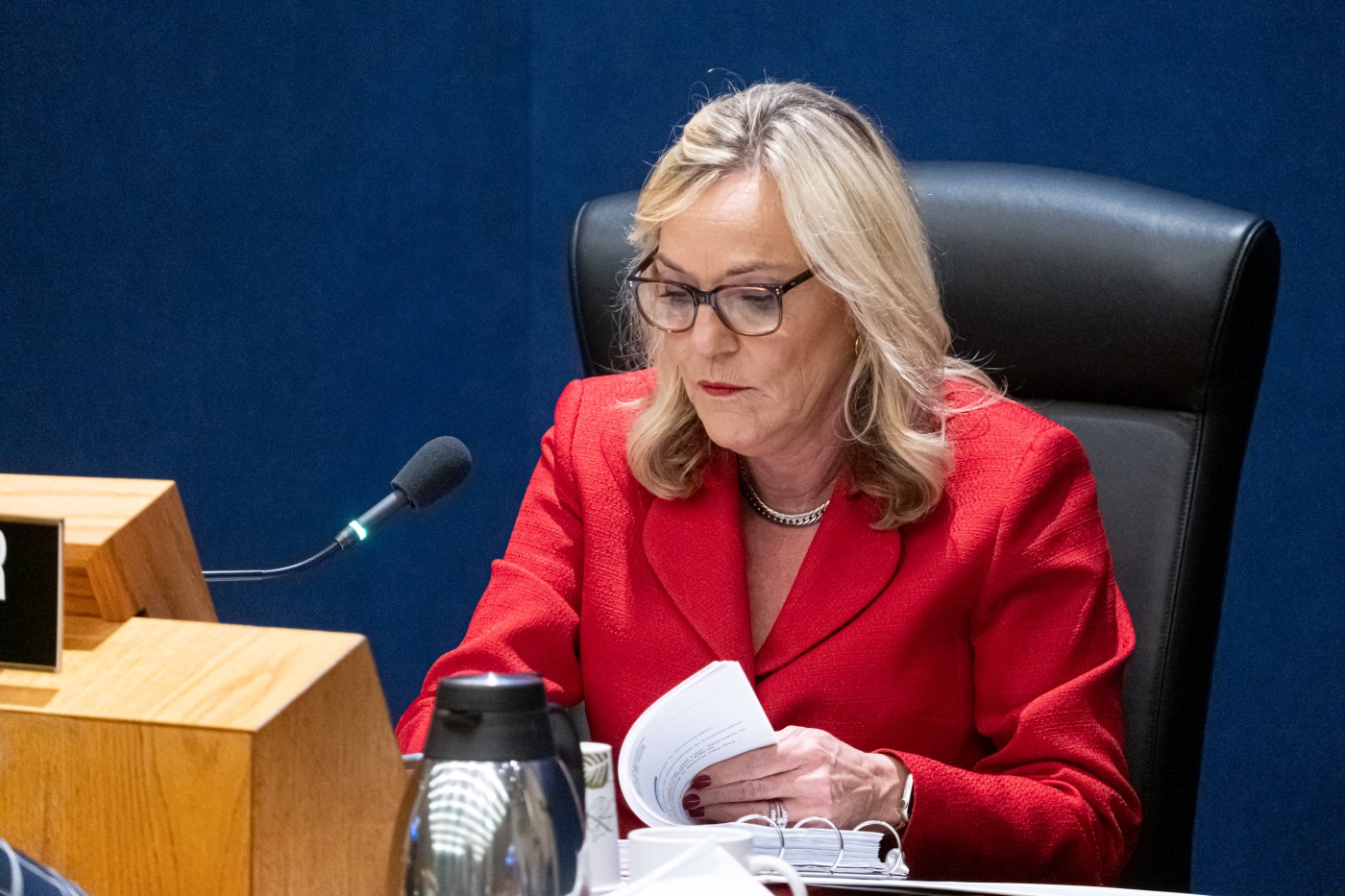 LOS ANGELES — On Monday, the county Board of Supervisors will begin reviewing a revised budget proposal for the coming fiscal year that envisions deep across-the-board cuts and the elimination of thousands of positions, including sharp reductions in the sheriff’s department.

County CEO Sachi Hamai released her revised budget proposal Thursday, calling it one of the most difficult budget years the county has encountered, due to the coronavirus pandemic.

Hamai’s revised budget includes the elimination of more than 3,200 positions and 655 layoffs in an effort to counter a $935.3 million budget shortfall, due largely to severe revenue declines and increased expenses to respond to the pandemic.

“I am very disappointed to report that significant cuts in county programs and personnel will be needed as a result of the serious economic downturn caused by this ongoing public health emergency,” Hamai said in a statement. “This is not the outcome any of us wants to see, especially as our county staff continues to serve with great commitment during this crisis. I want to wholeheartedly thank our more than 100,000 employees for their incredible dedication to public service at this difficult time.”

Hamai said there is still a chance some of the cuts could be reversed in September when a supplemental budget is developed and more is known about how much money the county may receive from the state and federal governments.

“This budget marks a point in time, not the finish line,” Hamai said.

The $34.9 billion spending proposal includes $453.5 million in department cuts and $59.3 million in management reductions. Most notably, the budget plan calls for the elimination of 3,251 positions — 2,596 of which are already vacant, but 655 of which will result in layoffs.

While the cuts are across the board, public safety agencies such as the sheriff’s department, would be among the hardest hit because they are primarily funded with sales tax and other local revenues that have been disrupted by the pandemic.

According to Hamai’s letter to the Board of Supervisors, which will review the proposal Monday, the sheriff’s department would see at least a $145.5 million cut, including the elimination of nearly 1,400 positions. Although most of those positions are already vacant, the cut would result in 346 potential layoffs, according to the letter.

Also facing cuts and layoffs would be the District Attorney’s office, Public Defender’s Office and the Board of Supervisors’ office. Various other agencies would also face the elimination of …read more