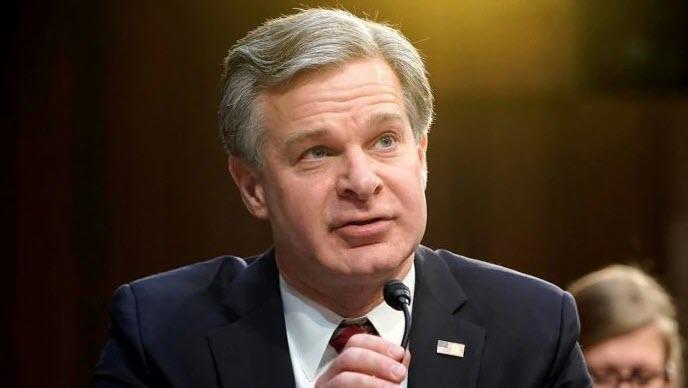 FBI Director Christopher Wray announced Friday that he has ordered the bureau to conduct an internal review of its handling of the probe into former national security adviser Michael Flynn, which has led to his years long battle in federal court.

Despite all these revelations, Wray has promised that the bureau will examine whether any employees engaged in misconduct during the court of the investigation and “evaluate whether any improvements in FBI policies and procedures need to be made.” Based on what we know, how can we trust an unbiased investigation from the very bureau that targeted Flynn.

Let me put it to you this way, over the past year Wray has failed to cooperate with congressional investigations. In fact, many Republican lawmakers have called him out publicly on the lack of cooperation saying, he cares more about protecting the bureaucracy than exposing and resolving the culture of corruption within the bureau.

Wray’s Friday announcement, is in my opinion, a ruse to get lawmakers off his back.

How can we trust that Wray’s internal investigation will expose what actually happened in the case of Flynn, or any of the other Trump campaign officials that were targeted by the former Obama administration’s intelligence and law enforcement apparatus.

It’s Wray’s FBI that continues to battle all the Judicial Watch Freedom of Information Act requests regarding the investigation into Flynn, along with any requests that would expose information on the Russia hoax investigation. One in particular, is the request to obtain all the text messages and emails sent and received by former Deputy Director Andrew McCabe.

The FBI defended itself in its Friday announcement saying that in addition to its own internal review, it has already cooperated with other inquiries assigned by Attorney General William Barr. But still Wray has not approved subpoena’s for employees and others that lawmakers want to interview …read more