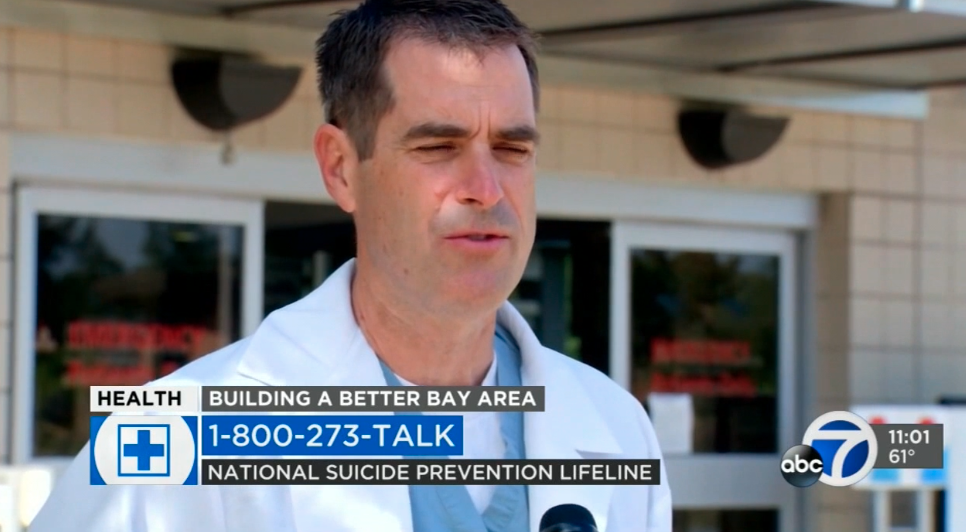 We suggested, at the beginning of April, that a “suicide wave” was imminent considering the economic devastation sparked by COVID-19 lockdowns. In the last nine weeks, 38.6 million Americans have lost their jobs and were thrown into instant poverty. Many were already skating on thin financial ice even before the pandemic, and now they’ve fallen through, drowning in insurmountable debts, no savings, and limited lifelines.

The first signs of a suicide wave could be originating in California. ABC7 News reports doctors and nurses at John Muir Medical Center in Walnut Creek, in the East Bay region of the San Francisco Bay Area, are reporting deaths by suicide far exceed COVID-19 deaths during the pandemic.

“Personally I think it’s time,” said deBoisblanc. “I think, originally, this (the shelter-in-place order) was put in place to flatten the curve and to make sure hospitals have the resources to take care of COVID patients. We have the current resources to do that and our other community health is suffering.”

DeBoisblanc said the numbers are unprecedented:

“We’ve never seen numbers like this, in such a short period of time,” he said. “I mean we’ve seen a year’s worth of suicide attempts in the last four weeks.”

Kacey Hansen, a trauma nurse at the hospital for over three decades, said the volume of suicide attempts has dramatically increased during the lockdowns, noting the pandemic has stretched resources, which means there are fewer tools to save as many patients as usual.

As we’ve noted in the past, hospital systems do not let doctors and nurses speak out about internal affairs and or what’s happening in the community unless cleared by officials. It appears the outreach of hospital staff to the local news outlet is a move to address the mental health public crisis sparked by lockdowns in the Bay Area. The hospital released this statement:

“John Muir Health has been, and continues to be, supportive of …read more

“We Were In A Headless-Chicken Phase”: NYTimes Reporter Rebuked For Anti-Trump Tirade On CNN

Mexican Exports Plunge Most On Record Despite Historic Peso Rout