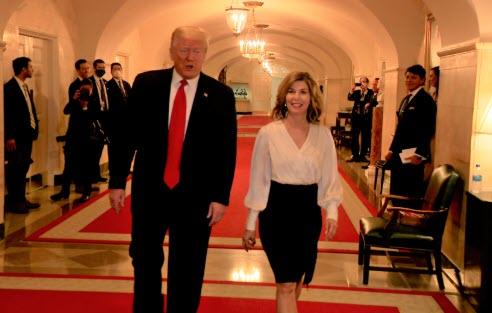 Trump: “I Have A Chance To Break The Deep State”

In an exclusive interview set to air Sunday, President Trump tells Sharyl Attkisson that he believes he is making inroads in draining the Washington swamp.

“If it keeps going the way it’s going, I have a chance to break the deep state. It’s a vicious group of people.”

Also in the interview:

The president calls churches, synagogues, mosques and other religious institutions “essential services” and says they must be allowed to open

Sharyl ask about mixed messages the government is sending on the anti-malaria drug, hydroxychloroquine

She also asks President Trump how he can press to investigate allegation about Biden and Ukraine– without appearing to be doing the same thing Democrats did to him in 2016.

Here’s how to watch…