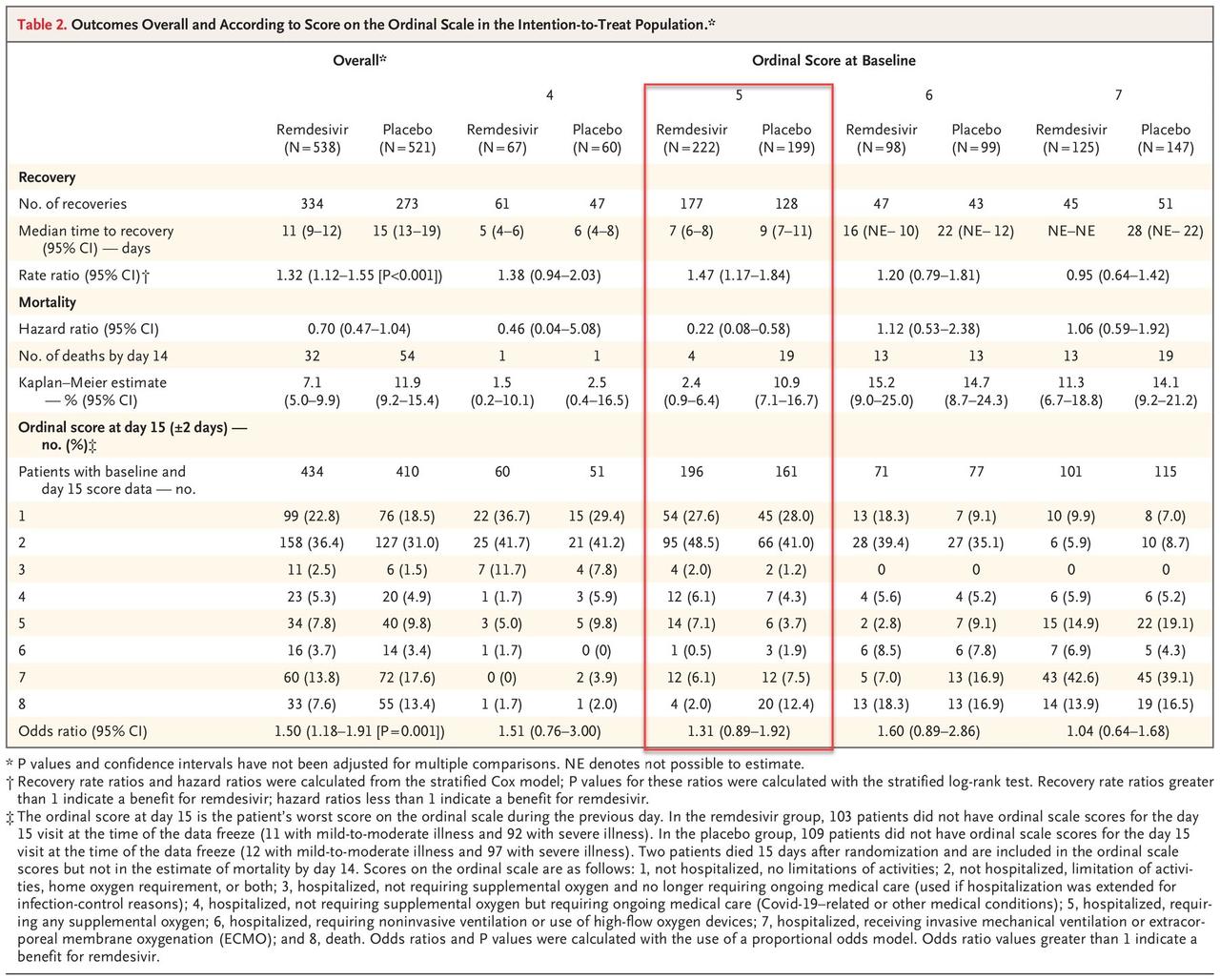 The Remdesivir Study Is Finally Out: Drug Only Helped Those On Oxygen, Finds Mortality Too High For Standalone Treatment

Remember when the market soared on several days in April on the Facui-touted Remdesivir study which, according to StatNews and various other unofficial sources of rumors, was a smashing success only for the optimism to fizzle as many questions emerged, and as the Gilead drug quietly faded from the public’s consciousness and was replaced by various coronavirus vaccine candidates such as those made by the greatly hyped Moderna (whose insiders just can’t stop selling company stock).

Meanwhile, those who were waiting for the official version of Remdesivir’s effectiveness had to do so until 6pm on a Friday before a long holiday, and for good reason…

… According to a pivotal study published in the New England Journal of Medicine late on Friday, Remdesivir, which was authorized to treat Covid-19 in a group of 1063 adults and children (split into two groups, one receiving placebo instead of remdesivir) who need i) supplemental oxygen, ii) a ventilator or iii) extracorporeal membrane oxygenation (ECMO), only significantly helped those on supplemental oxygen.

Meanwhile, and explaining the 6pm release on a Friday, the study also found no marked benefit from remdesivir for those who were healthier and didn’t need oxygen or those who were sicker, requiring a ventilator or a heart-lung bypass machine.

The NEJM, almost apologetically, stated that “the lack of benefit seen in the other groups might have stemmed from a smaller number of patients in each group.”

Summer Vacation Spending Is Expected To Plunge 66% This Year

Still, as a result of the partial benefit for patients in the supplemental oxygen group, the study from the National Institute of Allergy and Infectious Diseases was evaluated early and led to the authorization of remdesivir before the full trial was completed.

Our findings highlight the need to identify Covid-19 cases and start antiviral treatment before the pulmonary disease progresses to require mechanical ventilation.

Some more details on the study, which was a “rank test of the time to recovery with remdesivir as compared with placebo, with stratification by disease severity”:

The primary outcome measure was the time to recovery, defined as the first day, during the 28 days …read more