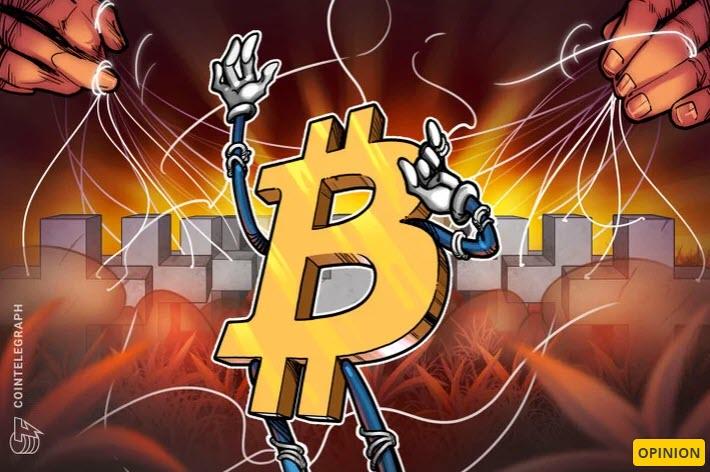 Authored by J.D.Salbego via CoinTelegraph.com,

The centralized financial system has compromised itself several times during the last two decades alone, and now it’s time for a serious change!

Did you notice the song that Christian Bale’s character was jamming out to in his office when his partner came in to pull the money in The Big Short? Well, it happens to be my favorite metal band of all time: Metallica. And that song is called “Master of Puppets.” It’s almost ironic that as I was writing this article on the real truth behind what’s currently happening with the collapse of our financial and economic markets and calling it “Master of Puppets” — well, this movie scene popped in my mind.

Yes, The Big Short is about the big 2008 financial crisis caused mainly by none other than the United States Federal Reserve. Spoiler alert! This will be one of the last times you read about any type of “correlation” here in this article.

Master of Puppets is Metallica’s third album, released in 1986, and it is probably the greatest metal album of all time. I still listen to it almost weekly. It’s great for working out or getting pumped up before a business meeting.

Anyways, back to the master. The curtain has been removed and the truth revealed: money is created out of thin air, and the banks and Wall Street are bathing in it.

To be very clear, there was a major and historical financial crisis by orders of magnitude already about to explode, and the COVID-19 pandemic just brought the economy to its knees a tiny bit quicker.

At a crucial intersection of events in time that couldn’t have been more bluntly shoved in your face, 16 million people in the U.S. lost their jobs (and it’s almost 36.5 million now.) And like a drunk driver recklessly running a red light at an intersection, the Dow Jones Industrial Average had the highest gains since 1938. All while the Fed was printing 4 trillion U.S. dollars out of thin air.

Where’s the correlation? Whoever can find it will prove reincarnation exists, as they must be