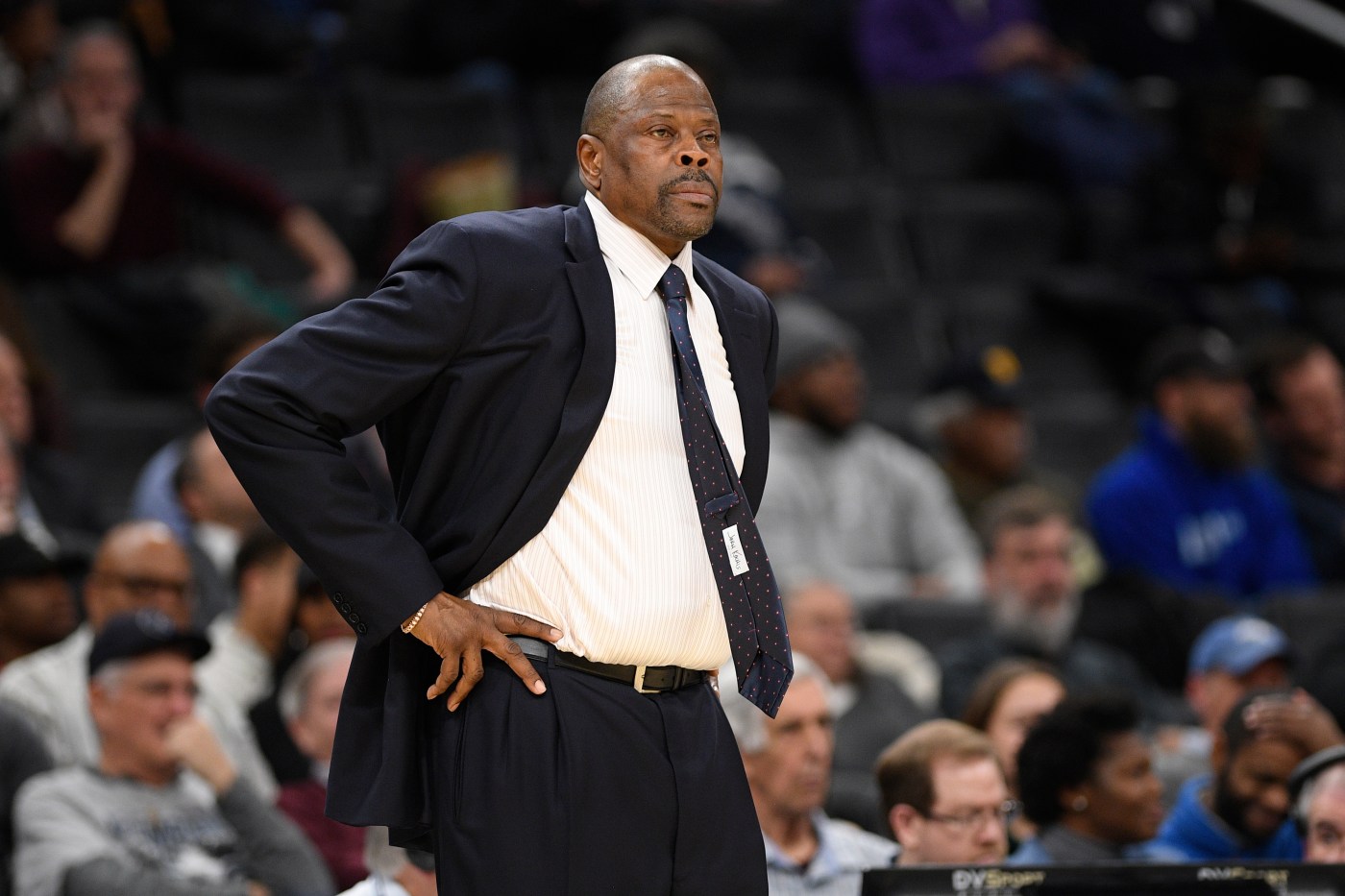 WASHINGTON — Georgetown basketball coach Patrick Ewing tested positive for COVID-19 and is being treated at a hospital.

“This virus is serious and should not be taken lightly,” the Hall of Famer as a player for the Hoyas in college and the New York Knicks in the NBA said in a statement issued by the university. “I want to encourage everyone to stay safe and take care of yourselves and your loved ones. Now more than ever, I want to thank the healthcare workers and everyone on the front lines. I’ll be fine and we will all get through this.”

The school said the 57-year-old Ewing is the only member of its men’s program who has contracted the coronavirus.

As a player, the 7-foot Ewing helped Georgetown win the 1984 NCAA men’s basketball championship and reach two other title games.

He was taken with the No. 1 overall pick in the 1985 draft after the Knicks won the NBA’s first lottery. Ewing wound up leading New York to the 1994 NBA Finals, where they lost to Hakeem Olajuwon and the Houston Rockets.

Ewing played 17 seasons in the NBA, 15 with the Knicks.

Coronavirus: University of California campuses will open in the fall, Napolitano says

After retiring as a player, he spent 15 years as an assistant or associate coach with four teams in the pros. In April 2017, he returned to Georgetown for his first job as a head coach at any level, replacing Thompson’s son in that job with the Hoyas.

In his first three seasons at his alma mater, Ewing’s teams have gone a combined 49-46 with zero trips to the NCAA Tournament.

In 2019-20, Georgetown finished the season with seven consecutive losses and a 15-17 record.

Butane can be dangerous at Southern California hash oil operations