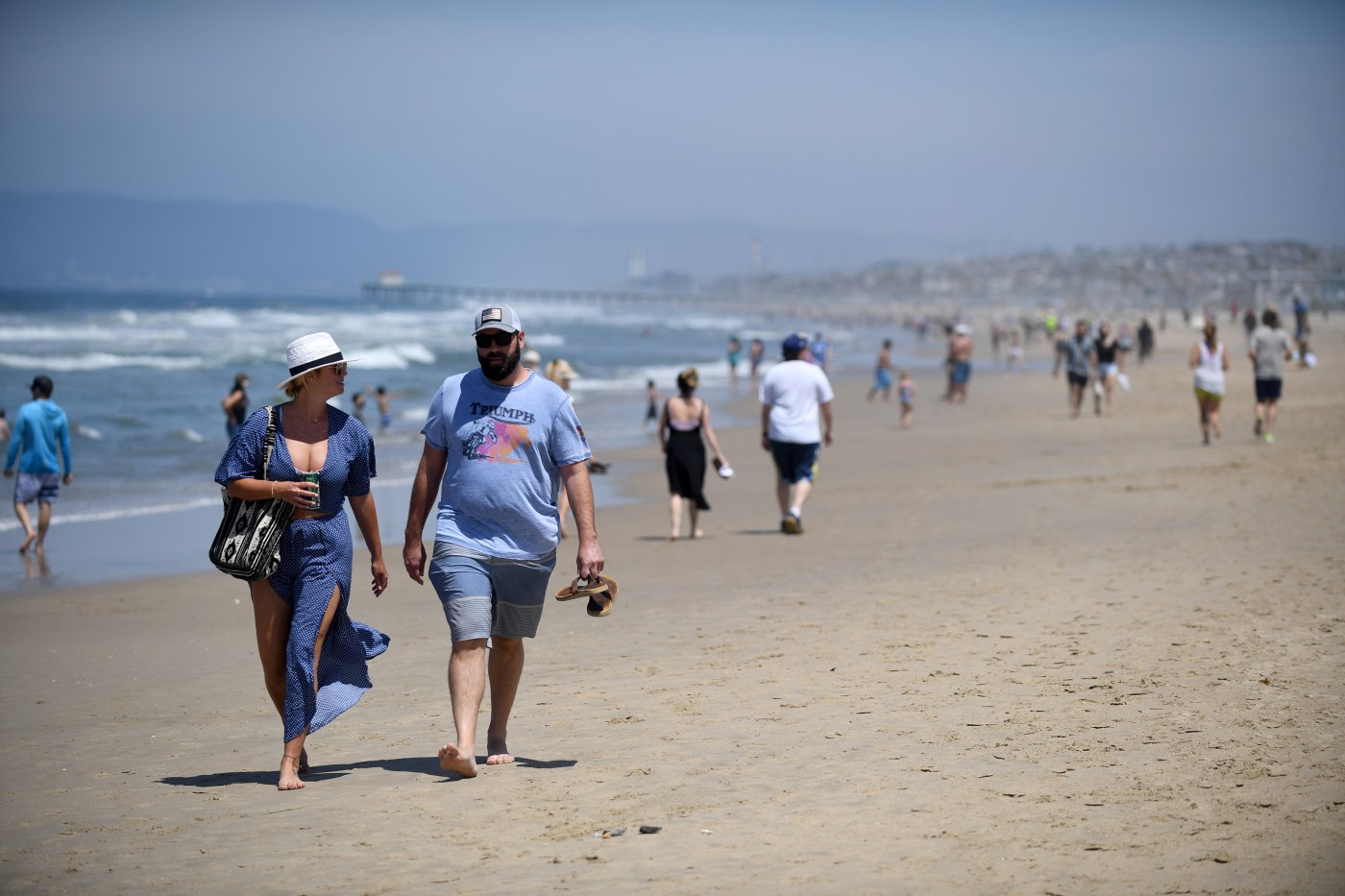 While people returned to beaches around Los Angeles County over the weekend, the public health department reported on Sunday, May 17, that the number of fatalities related to the novel coronavirus climbed past 1,800 in the county, the deadliest such toll in the state.

Beaches were only for “active use,” meaning picnicking and sunbathing were still off limits in the effort to “flatten the curve” of the virus’ spread.

The virus’ impact remained steady, meanwhile. An additional 29 deaths in L.A. County brought the total to 1,821 people who have died from complications related to COVID-19, the disease caused by the novel coronavirus, since the pandemic began.

The numbers have dipped the past few weekends, but officials have charged that to scaled-down weekend record-keeping, as the numbers have inched back up during the week. Officials will assess again this week, hoping to see statistical signs that the outbreak is declining.

Another 37,974 people have tested positive for the disease, with 694 new confirmed cases reported Sunday. Many of them have likely recovered already though the county does not collect those records.

Among those who died, 92% had pre-existing health conditions, and roughly half of all deaths have occurred at nursing homes.

Sunday’s tally did not include same-day reports from Long Beach and Pasadena, which operate their own health departments. Long Beach reported separately Sunday 27 more cases and no new deaths. The city has so far reported a total of 51 fatalities from COVID-19 and 1,298 positive cases, 830 of whom have recovered. Pasadena had not posted an update as of 4 p.m. Sunday.

Watch: Impassioned Minneapolis Shopping Center Owner -- 'If Their Governor and the Mayor Are Not Going to Take Care of This Problem, People Will''

The daily number of deaths and confirmed cases on Sunday have become almost routine news, though for the loved ones of those who died, life has been anything but normal.

County health officials were watching closely public behavior in areas that have been relaxed such as beaches and retail venues. Last week, all retail stores except those in an indoor shopping center were allowed to reopen for curbside pickup. Golf courses, tennis clubs and trails also reopened under a re-issue.

A new health officer order issued Wednesday, May 13, sets the rules going forward. In the weeks and months to come, the county plans to revise the order to open more parts of the economy such as dine-in restaurants.

Venturing outside was hard to resist for many given the warm temperatures and clear skies. In Hermosa Beach, where beachgoers eagerly got their …read more