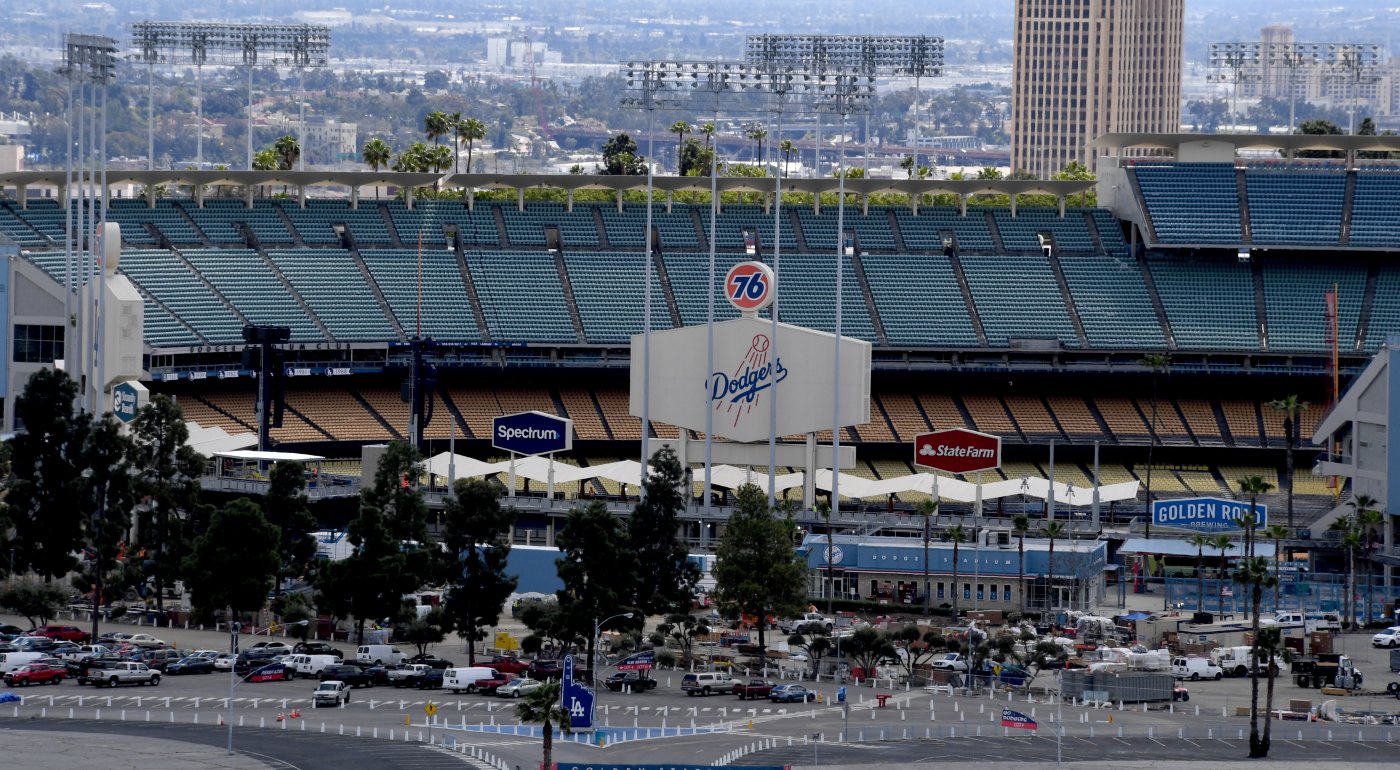 Like the rest of the sport, the Dodgers’ season opener against the San Francisco Giants on Thursday has been postponed indefinitely. Dodgers president of baseball operations Andrew Friedman spent the day on ‘Zoom’ teleconferencing instead of at Dodger Stadium watching the National League favorites put those expectations to their first test.

“Obviously we all expected to be doing something different today,” Friedman said Thursday. “I think perspective is really important. From our standpoint, new and different things are coming up on a daily basis that we’re working through and it’s a lot of the not-so-fun parts of our job and obviously we’re missing the most fun part.”

Two weeks after spring training was aborted and MLB commissioner Rob Manfred announced a two-week delay to the start of the season, mid-May has become the new, optimistic target for a resumption of workouts if not games. Friedman said players are finding “creative” ways to work out and stay in shape but there is no formal timeline for when things might resume.

“No. But I think the thing that’s consistent is every group involved with the various conversations all want to play as soon as we can and play as many games as we can,” he said, referring to discussions between MLB and the players’ union.

The two sides are working toward an agreement that would deal with issues such as service time for a shortened – or even canceled – 2020. The agreement is expected to allow players to receive service time even if no games are played this season.

The Dodgers would be deeply affected by that issue. They made a bold move this offseason, acquiring outfielder Mookie Betts from the Boston Red Sox despite his impending free agency (and expected $300 million floor for a new contract). The Dodgers could now get 100 games or fewer of Betts in a Dodgers uniform before potentially losing him to another team next winter.

“I think we need to get into what does the season actually look like,” Friedman said when asked how that might affect his evaluation of the trade. “I’m sure we will have plenty of time to go into that and talk through that. But we’ve talked about this a lot in the past – of our mindset …read more

’90 Day Fiancé’: Larissa Lima says she can sell n*des to subscribers of her account