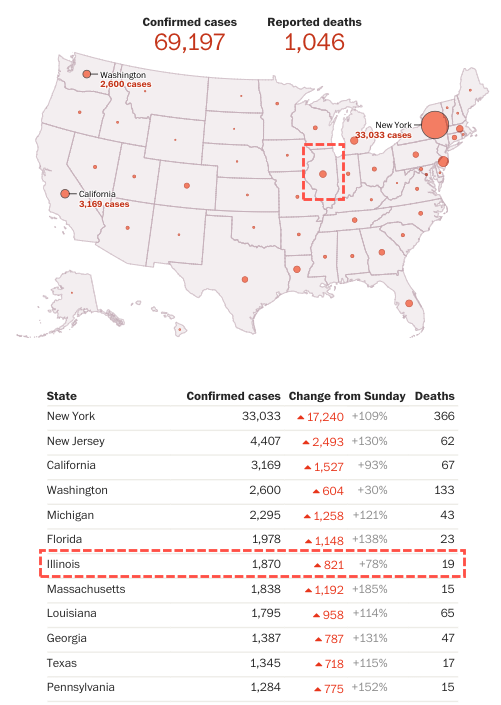 Chicago Mayor Warns, Those Who Go Outside To Exercise Risk Arrest

Chicago Mayor Lori Lightfoot threatened to shut down public areas on Wednesday after becoming increasingly frustrated with people disobeying the COVID-19 stay-at-home order. The mayor’s warning also made clear that anyone breaking the new measure would be fined or even possibly arrested, reported CBS Chicago.

“Stay at home. Only go out for essentials. You have to readjust your thinking. Be smart,” Lightfoot said at a Wednesday afternoon press conference. “Not only will our police be deployed to shut them down if you are not abiding by these orders we will be forced to shut down the parks and lakefront. The situation Is deadly serious and we need you take it deadly seriously.”

Lightfoot said the public is forbidden to spend long periods outdoors amid a virus crisis that is sweeping across the state.

“You cannot go on long bike rides. Playgrounds are shut down. You must abide by the order. Outside, is for a brief respite, not for 5Ks. I can’t emphasize enough that we abide the rules.”

By Wednesday evening, it was unclear if the mayor directed the police to shut down part of the Lakefront Trail community park. A YouTube video surfaced on Wednesday night, showing the incident, where officers told people on the trail to turn around.

Doctor Allison Arwady from the Chicago Department of Public Health said the mayor’s social distancing measures serve as a means to flatten the pandemic curve and slowdown infections in the region.

“We don’t have a vaccine. We don’t have a treatment. Chicago has an A for preparedness. But we are planning for some real worst-case scenarios,” Arwady said. “The next two to three weeks will be the most important time to do everything we can to flatten that curve. Doing that is what will keep our hospitals going.”

As of Thursday morning, Illinois has 1,870 confirmed cases and 19 deaths. Across the US, cases have just hit 69,197, with 1,046 deaths, as the pandemic curve is now exponential.

We noted on Tuesday that the US is still in the acceleration period of the curve, which means things will get uglier in the coming weeks before they get better.

Interim Police Superintendent Charlie Beck said, “the public health order is not an advisory. It is a mandate. If you violate …read more

BMO: “Today’s Session Will Be An Inflection Point In Markets”

Rabobank: “Is Trump Being A Cautious Optimist, Or Just Careless?”