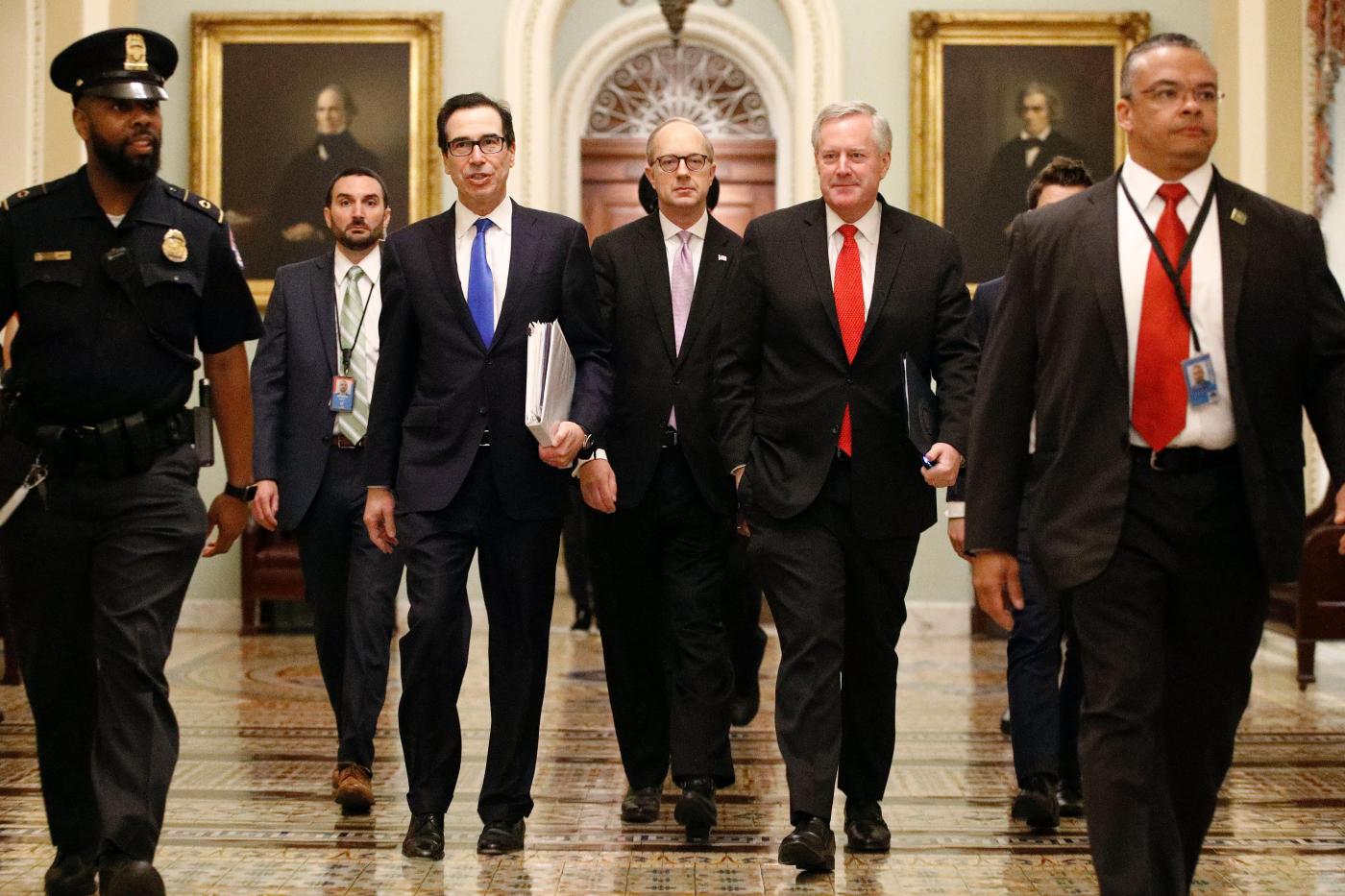 WASHINGTON — The White House and Senate leaders of both major political parties announced agreement early Wednesday on an unprecedented $2 trillion emergency bill to rush sweeping aid to businesses, workers and a health care system slammed by the coronavirus pandemic.

The urgently needed pandemic response measure is the largest economic rescue measure in history and is intended as a weekslong or monthslong patch for an economy spiraling into recession and a nation facing a potentially ghastly toll.

“Ladies and gentlemen, we are done,” Ueland said. “We have a deal.”

The economic rescue package would give direct payments to most Americans, expand unemployment benefits and provide a $367 billion program for small businesses to keep making payroll while workers are forced to stay home.

One of the last issues to close concerned $500 billion for guaranteed, subsidized loans to larger industries, including a fight over how generous to be with the airlines. Hospitals would get significant help as well.

“After days of intense discussions, the Senate has reached a bipartisan agreement on a historic relief package for this pandemic,” said Majority Leader Mitch McConnell, R-Ky., a key negotiator. “It will rush new resources onto the front lines of our nation’s health care fight. And it will inject trillions of dollars of cash into the economy as fast as possible to help Americans workers, families, small businesses and industries make it through this disruption and emerge on the other side ready to soar.”

At the White House on Tuesday, even as the public health crisis deepened, President Donald Trump expressed eagerness to nudge many people back to work in the coming weeks and held out a prospect, based more on hope than science, that the country could be returning to normal in less than a month.

“We have to go back to work, much sooner than people thought,” Trump told a Fox News town hall. He said he’d like to have the country “opened up and just raring to go” by Easter, April 12. But in a White House briefing later, Trump said that “our decision will be based on hard facts and data.”

Medical professionals say social distancing needs to be stepped up, not relaxed, to …read more

Sweden and Denmark, the neighbors at opposite ends of the coronavirus fight

‘They Can Play Me, If They So Choose To’: Angela Bassett Reveals the Two Actresses She Could See Playing Her In a Biopic