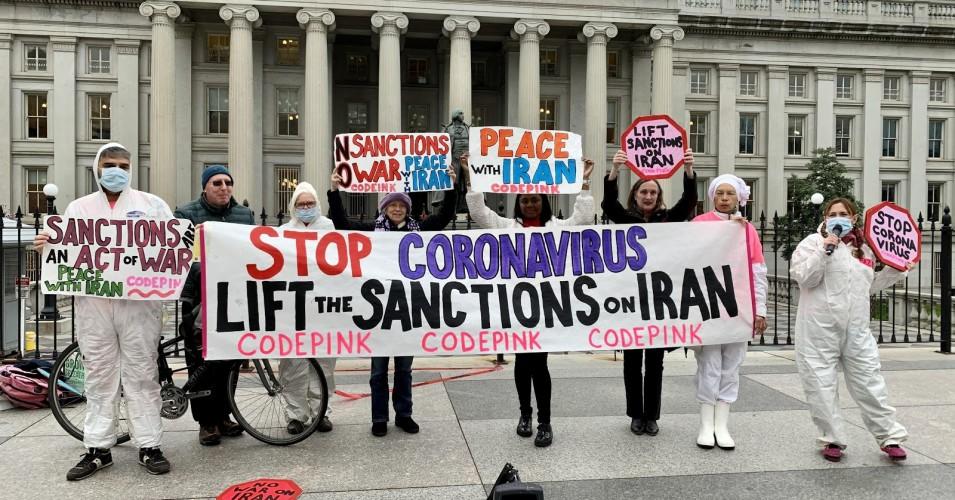 Reports and in some cases video began emerging last week of mass shipments of humanitarian supplies being halted and grounded by skittish EU countries worried about violating US-led sanctions on Iran.

This as Iranian leaders have lashed out at Washington for ensuring a worsening coronavirus death toll through its “inhuman” sanctions. But the White House has also been coming under heightening pressures from European allies as well, including surprisingly by the UK, which has up to this point by and large stood by Trump’s “maximum pressure” campaign aimed at ousting the government in Tehran.

“The U.K. has quietly prodded the Trump administration to ease sanctions because of the crisis, the Guardian reported, without saying where it obtained the information,” Bloomberg writes Monday. “On March 17, Iran granted temporary release to British-Iranian Nazanin Zaghari-Ratcliffe, who has been in jail in Tehran since 2016.” This is being seen as part of a significant broader thawing in UK-Iran relations amid the pandemic crisis.

Iran’s recently releasing some 85,000 minor offenders from its packed prisons across the country has resulted in the early good faith return of foreign nationals previously accused of spying.

The US State Department has claimed it does have ‘humanitarian channels’ in place as well as exemptions authorizing US companies to sell and ship select medicines and hospital equipment, however, reports suggest American companies are wary of jumping in and possibly suffering punishment.

A great evil is being perpetrated by the #Trump regime against the people of #Iran. Lorries packed with medical supplies destined for Iran, to fight #Coronavirus, are being stopped by #Romania & #Bulgaria obeying US sanctions & economic warfare on Iran. From @SamiRamadani1 pic.twitter.com/sr0tJ624Oy

The pressure for some kind of dramatic blanket easing of US sanctions is only set to grow, given that Tehran has for the first time in a half-century turned to the IMF: …read more

Blain: “Don’t Be Fooled… April Is Going To Hurt”