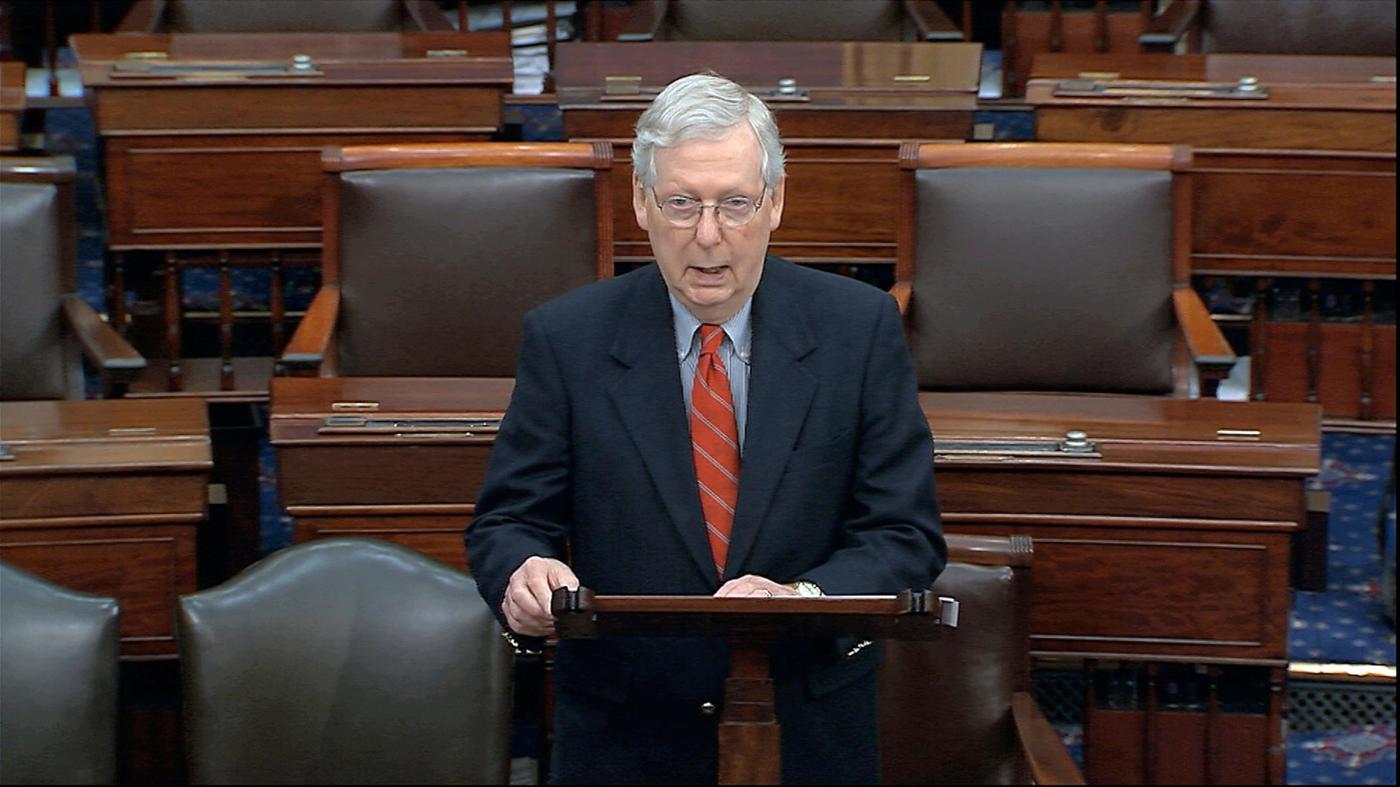 WASHINGTON — Top-level negotiations between Congress and the White House churned late into the night over a now nearly $2 trillion economic rescue package, as the coronavirus crisis deepened, the nation shut down and the first U.S. senator tested positive for the disease.

As President Donald Trump took to the podium in the White House briefing room and promised to help Americans who feel afraid and isolated as the pandemic spreads, the Senate voted Sunday against advancing the rescue package. But talks continued on Capitol Hill.

“I think you’ll get there. To me it’s not very complicated: We have to help the worker. We have to save the companies,” Trump said.

Later, the Republican president suggested the remedies may be more harmful than the outbreak, vowing to reassess after the 15-day mark of the shutdown. “WE CANNOT LET THE CURE BE WORSE THAN THE PROBLEM ITSELF,” he tweeted.

Inside the otherwise emptied out Capitol, the draft aid bill was declared insufficient by Democrats, who argued it was tilted toward corporations and did too little to help workers and health care providers. Republicans returned to the negotiating table.

“Our nation cannot afford a game of chicken,” warned Senate Majority Leader Mitch McConnell, R-Ky., his voice rising on the Senate floor Sunday night. His goal is to vote Monday. The Senate will re-convene at noon.

“This bill is going to affect this country and the lives of Americans, not just for the next few days, but in the next few months and years — so we have to make sure it is good, he said. ‘”There were some serious problems with the bill leader McConnell laid down. Huge amounts of corporate bailout funds without restrictions or without oversight — you wouldn’t even know who is getting the money. Not enough money for hospitals, nurses, PPE, masks, all the health care needs. No money for state and local government, many of whom would go broke. Many other things.”

But Schumer said they were making progress in dealing with those issues. “We’re getting closer and closer. And I’m very hopeful, is how I’d put it, that we can get a bill in the morning.”

With a population on edge and shell-shocked …read more

From going gray to growing beards, how celebrities are switching up their style while self-isolating

Hungary to deploy military personnel to 140 state companies during pandemic