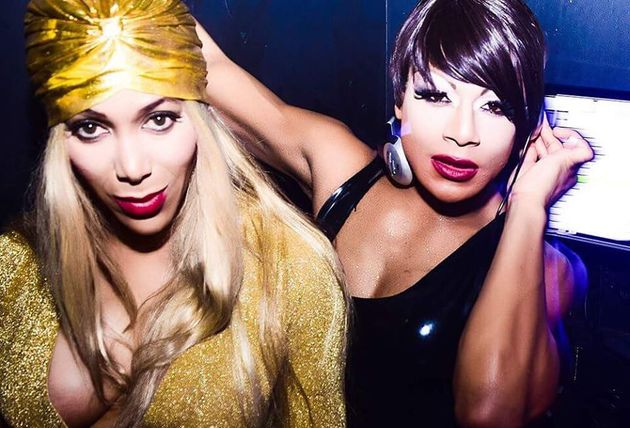 There is no one quite like a drag mother. A mentor, friend and ally, she’s the glamorous matriarch of any drag family – a close-knit support network of drag queens and performers. She’s generally a more experienced queen with a formidable reputation on the LGBTQ scene who nurtures her coterie of drag daughters – and on Mother’s Day, she too deserves to be celebrated.

“To be a good drag child you have to be respectful and listen to those who came before you,” says London-based DJ and performer Raven Mandella. “It’s literally the same way I respect my birth mother.”

Raven is both a drag mother and daughter. When she relocated from Leeds in 2013, she entered a drag competition where she was mentored by Mzz Kimberly, a highly respected trans performer and activist. Their relationship continued to blossom after the competition as Mzz Kimberley helped Raven to “develop and grow as a performer by giving me advice and work opportunities when they arose”. Raven says she now considers Mzz Kimberley “one of my closest friends and a true ally”, adding passionately: “I have the utmost respect and admiration for her. She’s a warrior, and she’ll always be my mother who I hold in the highest regard.”

The relationship between drag mother and daughter is a particularly heartwarming example of the so-called “chosen family”. This concept, which will be familiar to fans of
Dividing And Redefining: How RuPaul’s Drag Race Has Changed The Face Of British Drag

Mzz Kimberley prides herself on helping her drag daughter to navigate the world with confidence and conviction – just like any mother figure. “She always reminds me to value myself and my own personal worth,” says Raven. “Sometimes businesses can try to take advantage of artists, and knowing your worth can be an inconvenience to them. But if I’ve ever had to make the decision to step away from an opportunity because I’ve felt like I’ve not been valued, she’s always there to remind me I’m doing the right thing by standing strong and believing in myself.”

As Raven’s own reputation grew, she realised she could pay it forward and offer emerging drag queens …read more

Watch: Here’s The Latest On Coronavirus