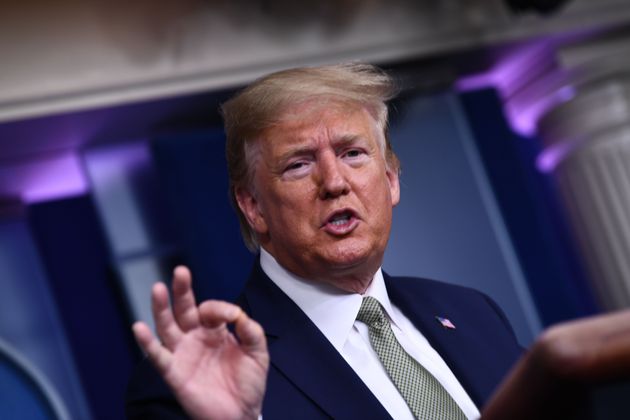 US President Donald Trump’s reference to COVID-19 as the ‘Chinese virus’ impacts Asians not only in America, but across the world including Australia, community leaders and activists say.

Asian Australian Alliance founder Erin Chew said that because Trump’s “significant global power and influence” extends beyond the US, his comments will encourage ‘right wing’ supporters in other countries to follow suit and leave Asians susceptible to further “racial and sinophobic attacks”.

“Countries like Australia consume a lot of American news and media and are influenced by what is going on in America,” Chew told HuffPost Australia.

“This is why Trump’s comments calling COVID-19 the ‘Chinese virus’ impacts on not just Asian Americans but Asian Australians and really the Asian diaspora, because of the power and influence he holds globally.

I always treated the Chinese Virus very seriously, and have done a very good job from the beginning, including my very early decision to close the “borders” from China – against the wishes of almost all. Many lives were saved. The Fake News new narrative is disgraceful & false!

“Those who get emboldened to be racist because of his comments extend outside the US jurisdiction, and it is Asians in Australia and in the western and to an extent the European diaspora who will experience the racial backlash.”

Jieh-Yung Lo, inaugural Director of the ANU Centre for Asian-Australian Leadership, agreed, urging political leaders to be more aware of the after-effects of using geographic locations when naming illnesses.

“Political leaders have a responsibility to not just stop the spread of COVID-19 in their countries, but halt the rise of racism and xenophobia,” Lo told HuffPost Australia.

“By labelling COVID-19 as a ‘Chinese’ virus, President Trump is giving a license for further hate and division that we all know leads to further bigotry and xenophobia.

“He needs to realise the description he used reinforces a social stigma against people of Chinese origin that previously existed in countries like the US and Australia.”

Referencing the increased racism since the COVID-19 crisis that began in China’s Wuhan, Lo said: “Since the outbreak, Chinese people and people of Asian appearance around the world have experienced verbal abuse and physical assault”.

Trump called it the Chinese virus on Twitter for the first time Monday, the same day his tone about the outbreak suddenly shifted. He began to …read more

Social Distancing Didn’t Keep This Grandpa From Meeting His Grandson