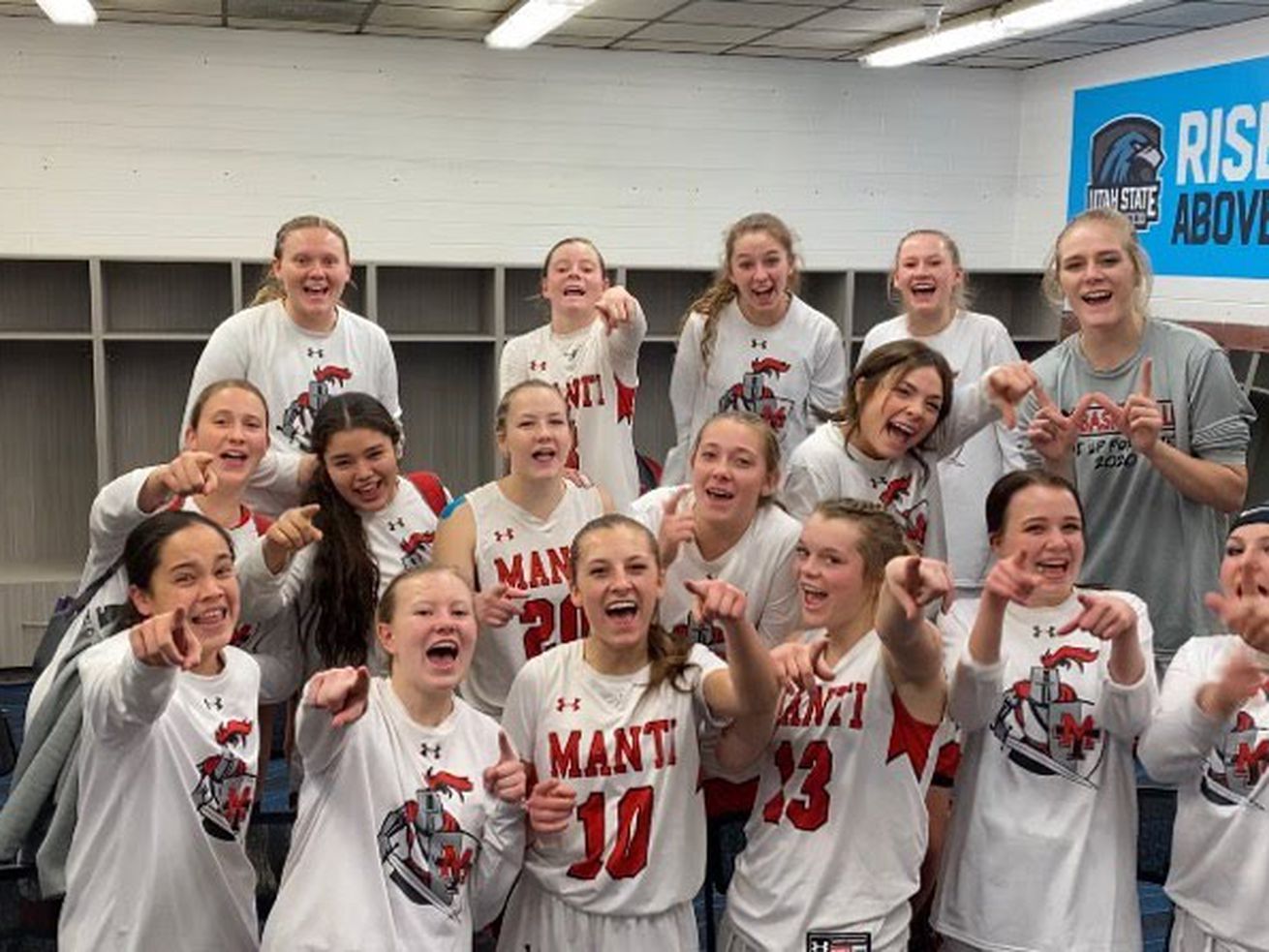 Manti’s girls basketball team beat Delta on Friday at USU Eastern, and after the game sent a video to Manti’s boys team encouraging them ahead of their quarterfinal game on Saturday. | Provided by Manti High School

No. 8 Manti trailed No. 9 Delta by eight points at the half, but used a strong second half to rally for the 3A second round win.

PRICE — Manti will get another shot at top-seed South Sevier, but just barely.

Manti overcame a brutal first half offensively on Friday to rally past Delta for the 35-31 victory in the 3A second round. After scoring just eight points in the first half and trailing by eight, the Templars rallied with a strong second half to advance to next Thursday’s quarterfinals.

“I thought our ladies played hard for four quarters. They showed a lot of determination and heart coming out of half down eight. To turn that around in the third quarter was awesome,” said Manti coach Brennon Schweikart.

Kassidy Alder keyed the rally, scoring nine of her game-high 12 points in the third quarter as Manti took a 24-23 lead into the fourth.

“Kassidy Alder helped light a spark for our team coming out of half and all our girls responded, which lead to a great team win,” said Schweikart.

Manti will next face No. 1 South Sevier, a team that only lost once all year. Schweikart’s team nearly made it two losses in a preseason game back in December, with South Sevier eventually prevailing in overtime 59-46.

“We are looking forward to have another shot at South Sevier,” said Schweikart.

Here’s a recap of the other 3A second-round games at USU Eastern on Friday:

Jarica Steck buried four 3-pointers and finished with 22 points, and Sipola Vakautakakala added 15 points as Richfield rolled to the 3A second round win after building a 38-21 halftime lead. Megan Robins led Juab with 12 points on four 3-pointers.

A balanced scoring attack led Carbon to the easy 3A second-round win over American Leadership as the Dinos never looked back after building a 20-point halftime lead. Abbie Saccomanno led Carbon with 12 points, while ALA’s Megan Edwards led all scorers with 21 points.

Kenzie Jones’ 19 points helped top-seed South Sevier roll past No. 16 Providence Hall for the 2A second-round victory. Presley Chappell chipped in with 10 points as the Rams jumped …read more