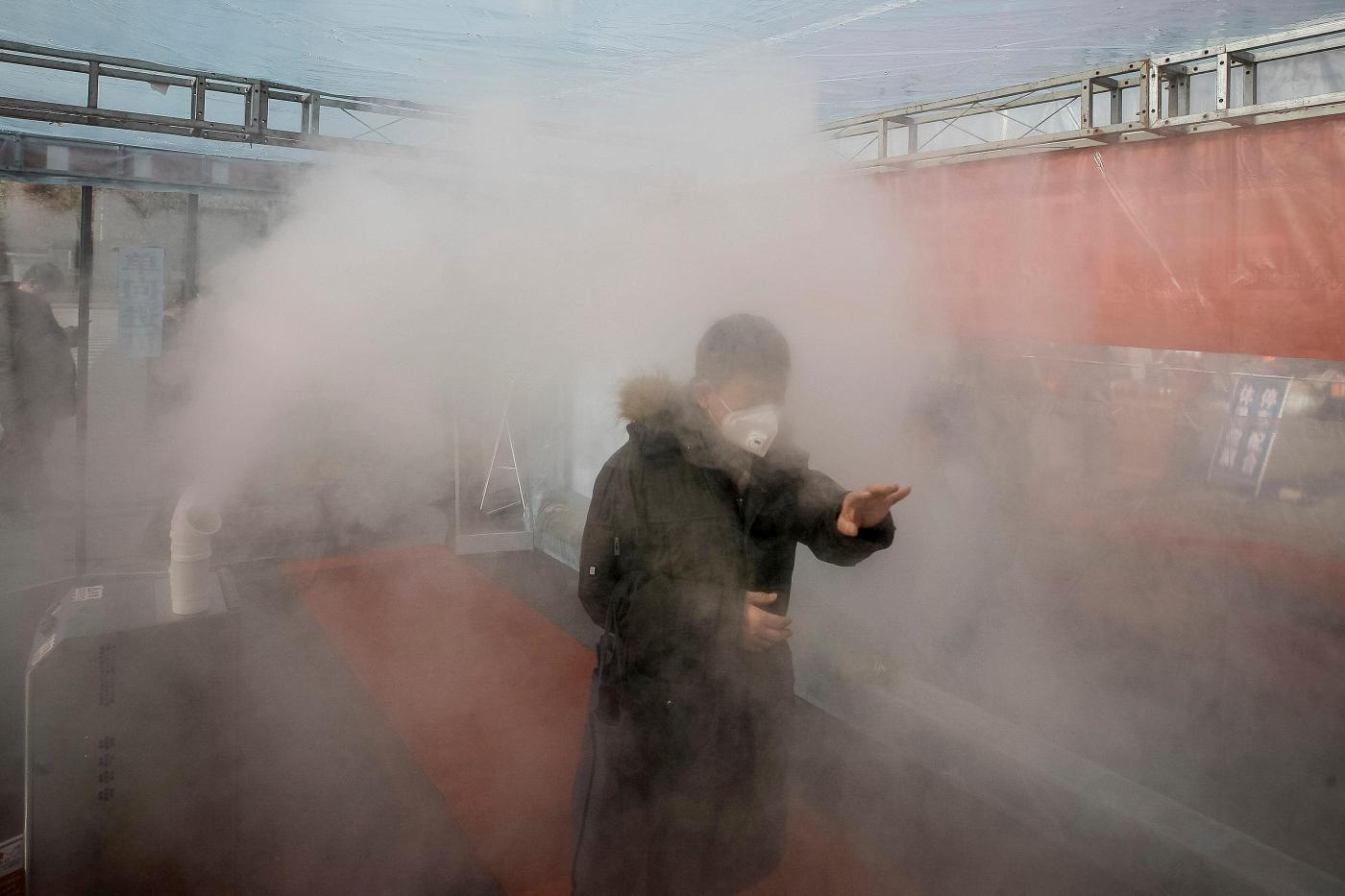 BEIJING — The number of new cases in China dropped for a second straight day in the virus outbreak that has infected about 45,000 people and killed more than 1,100, health officials said Wednesday.

Chinese President Xi Jinping promised tax cuts and other aid to industry as the government tries to limit growing damage to the economy. The outbreak has become the latest political challenge for Xi and China’s ruling Communist Party.

While most of the infections have been in China, it has gradually rippled overseas. In Japan, 39 new cases were confirmed on a cruise ship quarantined at Yokohama, bringing the total to 174 on the Diamond Princess.

A Formula One race in Shanghai in April became the latest event canceled because of the virus. Nokia, Vodafone and Deutsche Telekom became the latest companies to pull out of a major wireless trade fair this month in Spain that usually draws 5,000 to 6,000 Chinese visitors.

The latest developments in the outbreak, which started in December in the city of Wuhan:

The number of new cases has trended down in the past week, raising hopes that the epidemic may be peaking.

The National Health Commission said 2,015 new cases had been tallied on Tuesday, the second straight daily decline and down from nearly 3,900 a week ago. Commission spokesman Mi Feng said the situation is still grim but “we have seen some positive changes.”

Leading Chinese epidemiologist Zhong Nanshan told doctors in Wuhan that while the rest of China may have turned the corner, more efforts are still needed to stop the spread of the virus in the city and the rest of Hubei province, the hardest-hit area.

The total number of cases in mainland China reached 44,653 and the death toll hit 1,113. Two people have died elsewhere, one in Hong Kong and one in the Philippines.

China is struggling to restart its economy after the annual Lunar New Year holiday was extended to try to curb the spread of the virus. Traffic remained light in Beijing and many people were still working at home.

Xi’s announcement of tax cuts came as companies face increasing losses due to the closure of factories, offices, shops and other businesses in the most sweeping anti-disease measures ever imposed.

DBS told 300 employees to work from home after …read more