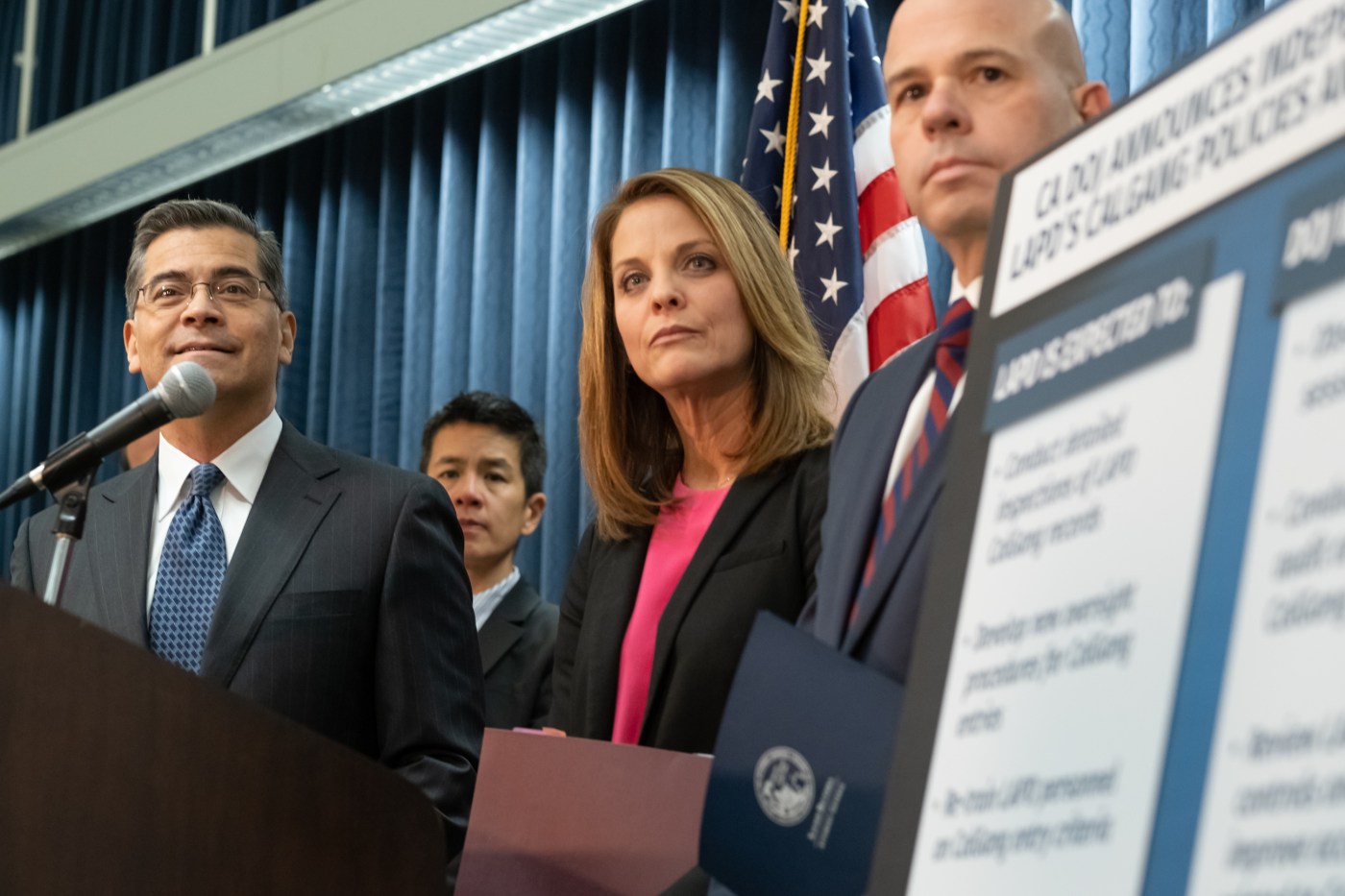 California’s attorney general said his office will review how the Los Angeles Police Department has been using the state’s CalGang database after some officers last year were found to have been falsifying information about innocent people and labeling them as gang members, he said Monday.

Attorney General Xavier Becerra said if serious abuses are found in the state audit, or if LAPD fails to follow new rules he’s imposing on the agency, that could mean revoking its access to the decades-old system.

“LAPD’s inputs are under a microscope,” he said during a press conference in downtown L.A.

The review comes after LAPD’s chief said internal affairs was investigating at least 20 officers in the Metropolitan Division, an elite crime-suppression unit, who may have been making up information on field interview cards they used to document their observations during stops of drivers or pedestrians.

In some instances, the reviewers found inconsistencies between what happened in those stops and what the officers put down in their reports, said Chief Michel Moore in January while presenting numbers from the city’s 2019 crime report.

At the time, officials said 10 officers under review were stripped of their police powers and sent home. Another 10 were removed from the field and placed on inactive duty.

Just one officer so far has faced internal discipline as a result of the investigation. That officer was due to come before an internal review board, and could get fired.

Moore previously said investigators were looking at hundreds, possibly thousands, of field interview cards submitted by those officers. They were also reviewing thousands of hours of video from the officers’ body worn cameras.

Through that process Moore said he hopes to identify how many times the officers may have lied, and why. So far, he said, most of the stops the officers conducted and the reports they wrote were accurate.

“There’s many instances where the information we’ve looked at is accurate and complete,” he said. “Nonetheless, this is a cleaning… We’re going through the entire list.”

LAPD’s investigation was launched early in 2019 after a mother in Van Nuys complained to commanders at a local police station that her son was added to the CalGang database.

She insisted he was not a gang member. After a commander reviewed an officer’s field interview card and footage from the stop, he found the man was wrongly added to the system.

When he alerted LAPD leadership to the issue, an investigation found other …read more