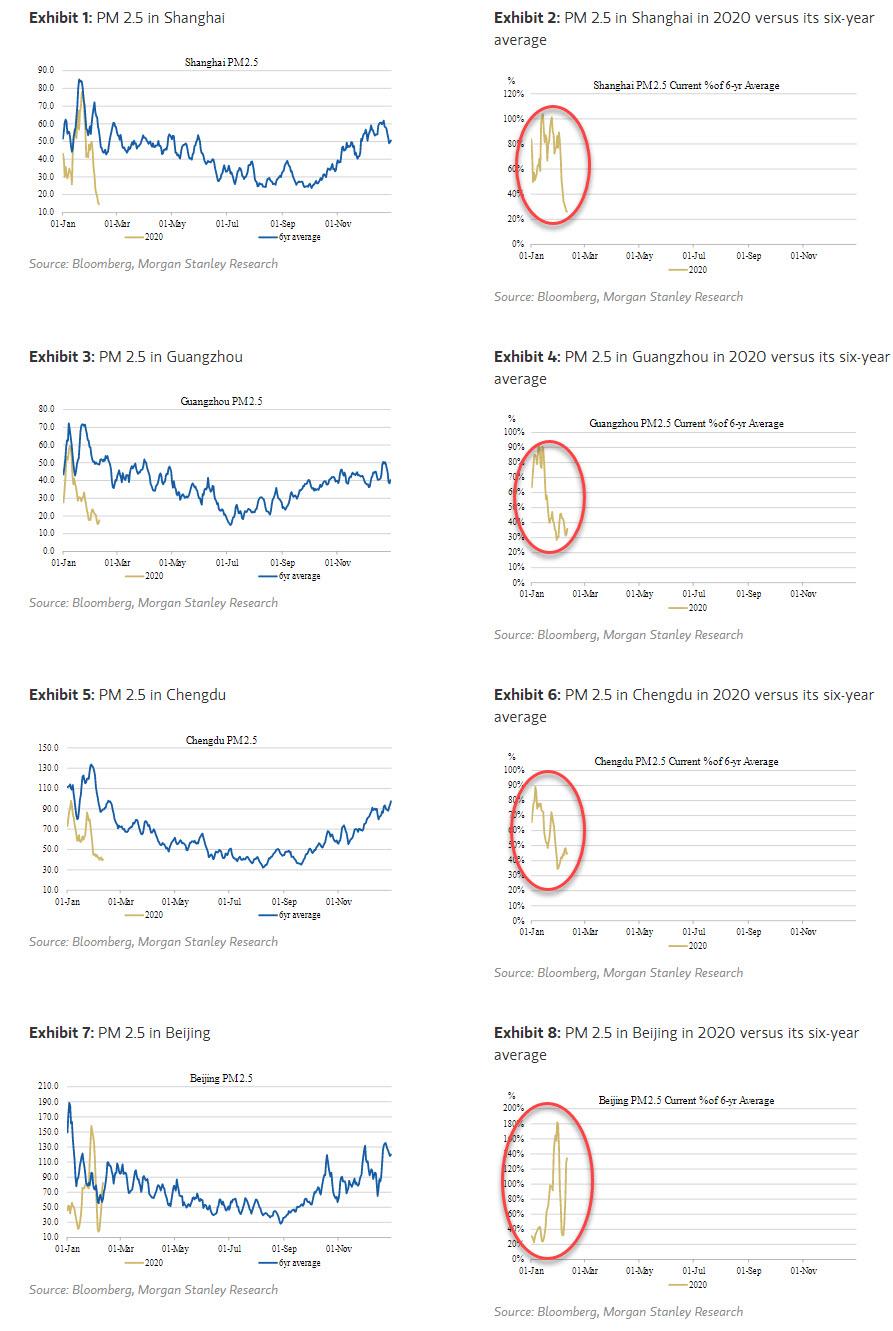 Is China Really Resuming Production? Here Is The Dismal Answer, And An “Alternative” Way To Track What’s Really Going On

As we discussed earlier today, for traders following every twist and turn in the coronavirus saga, just one thing matters: “did China go back to work today or not” (the answer would also indicate whether global supply chains are still operational, or are as some fear, fraying and jeopardizing corporate earnings around the world). Of course, a cynic could interject that if China is lying misrepresenting the number of infections (as it clearly now is) and undercounting the epidemic casualties, why wouldn’t it lie about the logical next step: the number of people who have returned to work?

Conveniently, Morgan Stanley has come up with an answer.

As the bank’s strategist Min Dai writes today, echoing what we said earlier, “the most asked question among investors these days as they try to gauge the economic impact from the coronavirus is how to track the resumption of production in China.” His answer?

Sitting on a high floor in the International Commerce Center does give us the advantage of monitoring air pollution in Hong Kong, which has improved significantly in the past three weeks due to the suspension of traffic and industrial production in the Great Bay Area. This gives us the idea of whether we are able to monitor air pollution in China to gauge the resumption of production., as an alternative to the daily power coal consumption and daily national passenger traffic highlighted by our economists.

Inspired by his Hong Kong penthouse vista, Dai shows four cities’ air pollution since the start of the year versus their average in the past six years. These four are Shanghai, Guangzhou, Chengdu and Beijing, which to Morgan Stanley are a good representation of Eastern, Southern, Western and Northern China.

The key takeaways are:

The start of the new year normally sees higher pollution across China due to higher coal/fuel consumption for heating and resumption of industrial production after Chinese New Year.
Guangzhou, Shanghai and Chengdu see a clear pattern – air pollution is only 20-50% of the historical average. This could imply that human activities such as traffic and industrial production within/close to those cities are running 50-80% below their potential capacity.
However, Beijing pollution is similar to the historical average, probably because pollution in northern China is …read more