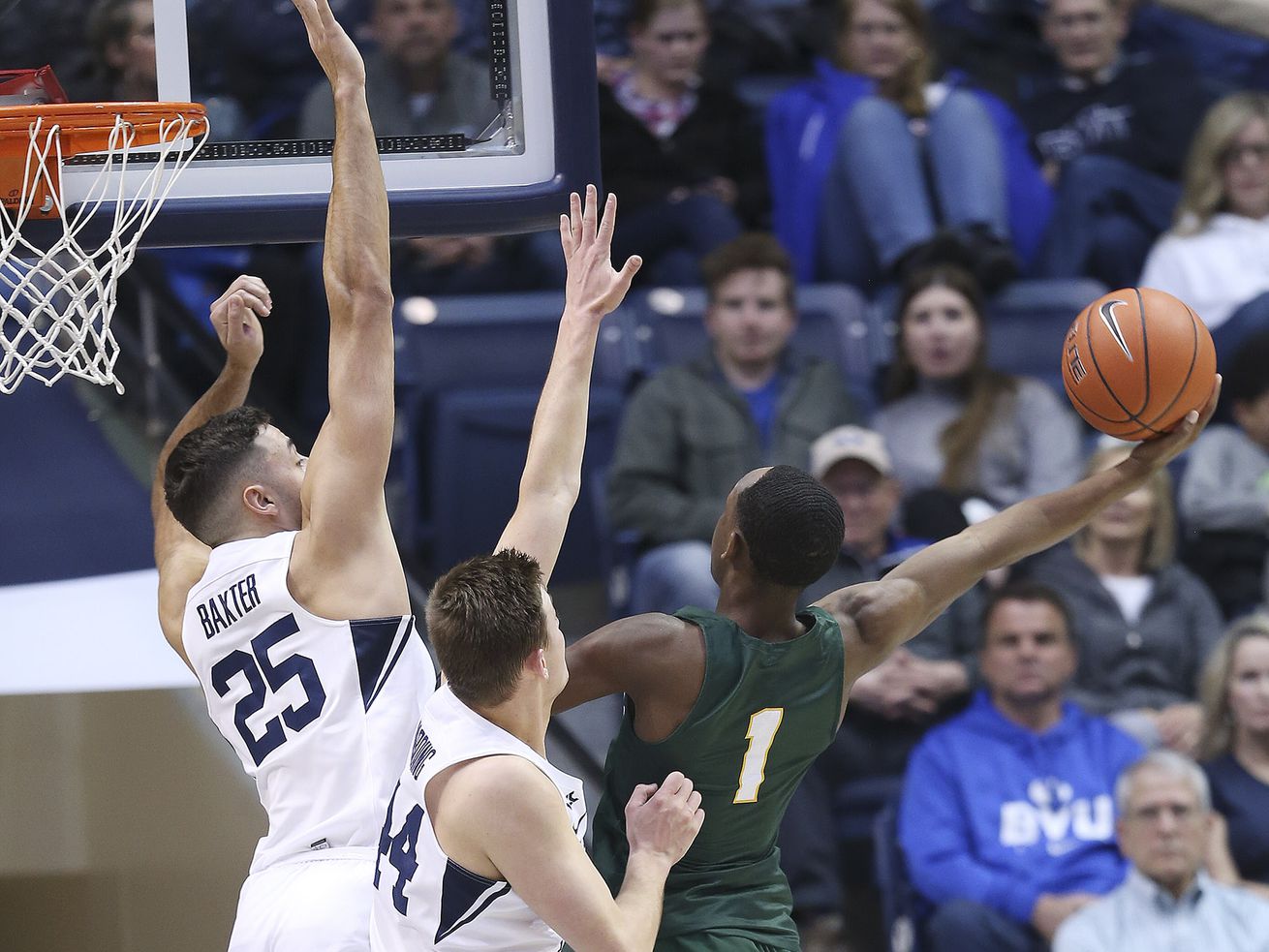 Gavin Baxter logged less than three minutes of play during BYU’s 90-76 win over San Francisco, although teammates and coaches couldn’t have been more excited with his return

PROVO — Gavin Baxter didn’t provide all that long of a look, nor much of anything contributed to the stat sheet, but he gave cause for excitement, nonetheless.

Baxter, who has been sidelined since the start of the season with a shoulder injury, saw his first action of the year during BYU’s 90-76 win over San Francisco on Saturday. What his debut lacked with regards to production gave way to what fans can easily envision as the Timpview product begins to work back into the rotation.

His teammates can see it, too, better than anyone, and were subsequently elated to see him back on the court.

“It was amazing,” commented BYU senior Yoeli Childs, knowing a lot of the details associated with his teammate’s return. “You guys can’t imagine the work he’s put in every single day … his determination to bring 100% effort every day has been incredible, and it’s going to show.”

Baxter is coming off a similar shoulder injury to the one Dalton Nixon fought through earlier during his career, with the Orem product aware of the recovery challenges.

“It’s really hard to overcome the mental part of it and come out with confidence to give 100%,” Nixon said. “But he’s done a great job and he’s going to be a huge (piece) as we bring this puzzle together.”

Baxter saw his first action at the 4:16 mark of the first half, with the Cougars leading 37-23 at the time. Perhaps showing some rust, he contributed an early turnover, but shortly after showed how he can make contributions for his team, skying high to grab an offensive rebound and then drawing a foul.

For the first half, the 6-foot-9 sophomore logged just three minutes of play, and didn’t attempt a shot, but served notice, particularly with the BYU student section. Chants of ‘Gavin! Gavin!’ went off loudly the second he entered the game, with the promising big man generating a lot of excitement.