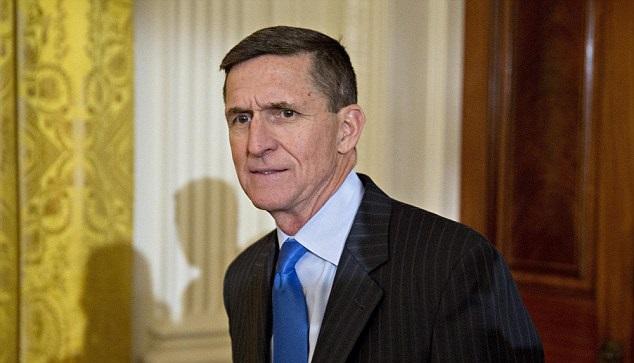 One week after federal prosecutors changed their tune in the Michael Flynn case – recommending he serve up to six months in prison for lying to investigators regarding his contacts with a Russian diplomat, the former National Security Adviser withdrew his guilty plea Tuesday afternoon.

In a 24-page court filing, Flynn accuses the government of “bad faith, vindictiveness, and breach of the plea agreement,” and has asked his January 28th sentencing date to be postponed for 30 days.

General Flynn has moved to withdraw his guilty plea due to the “government’s bad faith, vindictiveness, and breach of the plea agreement.” pic.twitter.com/Qp5JcQjXmB

According to Flynn’s counsel, prosecutors “concocted” Flynn’s alleged “false statements by their own misrepresentations, deceit, and omissions.”

“It is beyond ironic and completely outrageous that the prosecutors have persecuted Mr. Flynn, virtually bankrupted him, and put his entire family through unimaginable stress for three years,” the filing continues.

“The prosecutors concocted the alleged ‘false statements’ (relating to FARA filing) by their own misrepresentations, deceit, and omissions.” pic.twitter.com/o47WO8qClX

Prosecutors initially recommended no jail time over Flynn’s cooperation in the Russiagate probes, however they flipped negative on him after he “sought to thwart the efforts of the government to hold other individuals, principally Bijan Rafiekian, accountable for criminal wrongdoing.”

The 67-year-old Rafiekian, an Iranian-American and Flynn’s former business partner, was charged with illegally acting as an unregistered agent of a foreign government. Prosecutors accused Flynn of failing to accept responsibility and “complete his cooperation” – as well as “affirmative efforts to undermine” the prosecution of Rafiekian.”

More on this from attorney and researcher @Techno Fog:

After Flynn refused to lie for prosecutors (Van Grack), they retaliated by:

3) Put Flynn’s son on the witness list for intimidation purposes (never called as a witness) pic.twitter.com/fP4hpVXfGY

“The govt’s tactics in relation for Mr. Flynn’s refusal to ‘compose’ for the prosecution is a due process violation that can and should be stopped dead in its tracks by this Court” pic.twitter.com/ttcFGmyPv7

NATO Flounders In The Middle East