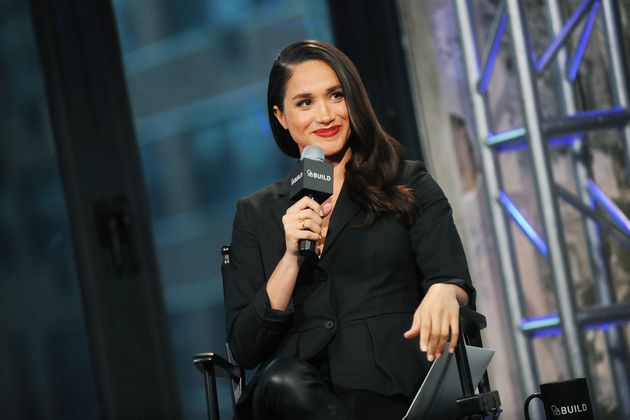 If the UK press is to be believed, Meghan Markle is a ruthless and manipulative republican hell-bent on destroying the Royal Family, unless her fondness for avocado ruins the world first.

We may never know if she truly had the audacity to demand there be an air freshener at her wedding, an unverified demand the Daily Mail branded “dictatorial.” But through a clip that’s making the rounds on Twitter, we do have proof — on video! — of a time she was exceedingly lovely to a fan.

Watch the video in question below. Story continues after the video.

Before she married Prince Harry, Meghan was an actress living in Toronto and working on the TV show, “Suits.” She volunteered at a charity helping homeless people, adopted a rescue dog, and had already served as a UN Women’s Advocate for Women’s Political Participation and Leadership.

In March 2016, a little more than two years before she joined the royal family, Meghan appeared on AOL’s Build Series in New York. (Quick disclosure: AOL/Build is owned by Verizon Media, the company that also owns HuffPost Canada.)

Stephen King On Oscars Nominees: ‘I Would Never Consider Diversity In Matters Of Art’