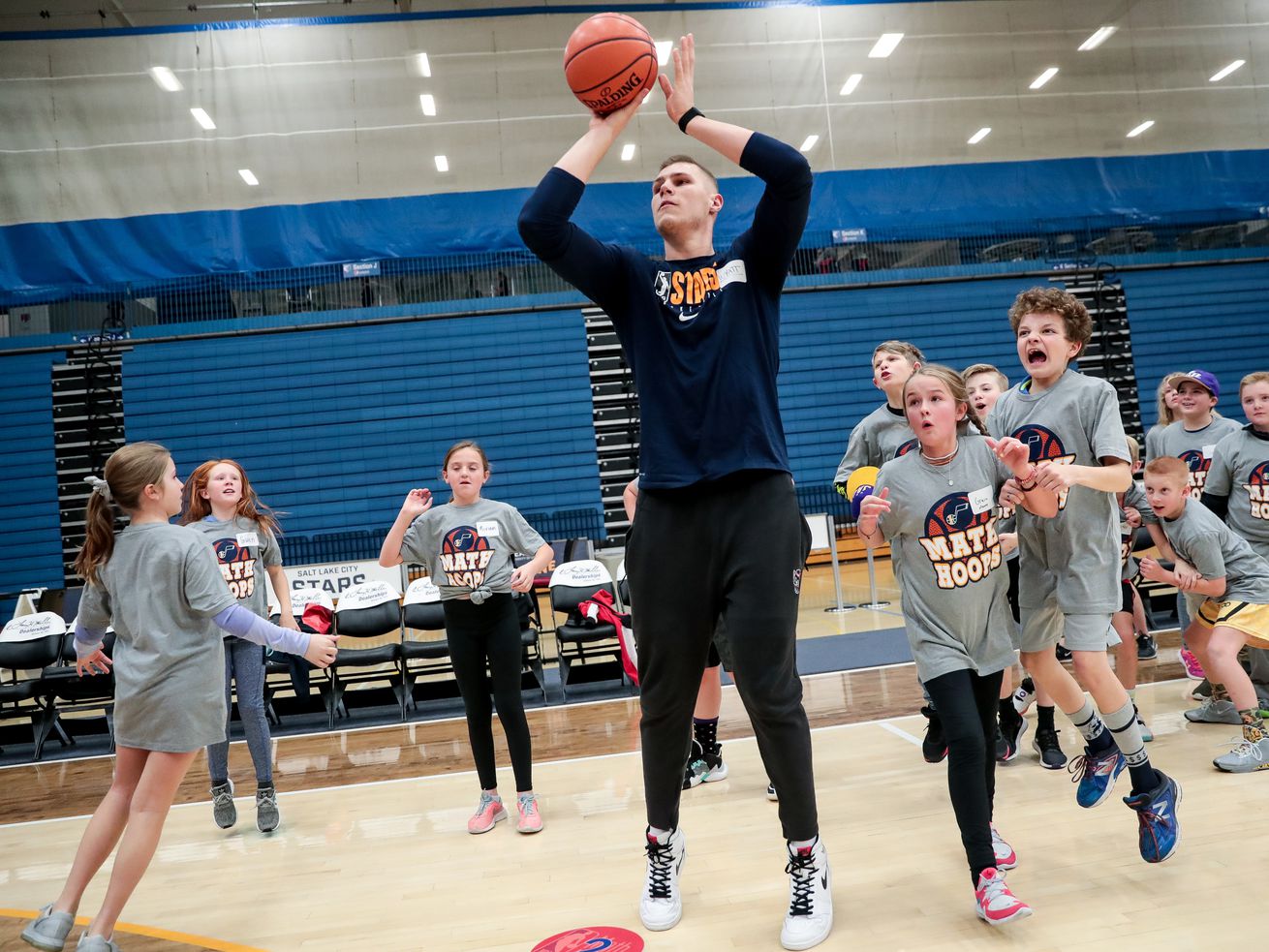 Salt Lake City Stars forward Wyatt Walker shoots as Grace Mower, 10, second from right, Jonathan Welch, 11, right, and other students from Carden Memorial School in Salt Lake City cheer him on during an NBA Math Hoops Live event at Salt Lake Community College’s Bruin Arena in Taylorsville on Tuesday. During the event, Walker and Utah Jazz two-way forward Jarrell Brantley captained two teams of local students for two halves of play. The students solved fundamental math problems, which then unlocked different locations on the court for Brantley and Walker to shoot from to earn points for their teams. The Jazz, with support from Larry H. Miller Charities, implemented NBA Math Hoops at the start of the 2016-17 season. The program now supports 3,500 students from 50 schools, after-school programs and nonprofits across the state of Utah, who have been learning basic arithmetic, geometry, percentages and statistical analysis through an engaging curriculum. The Jazz Math Hoops program, in conjunction with the nonprofit Learn Fresh, will conclude in March with a regional tournament for select students and a national championships will be held in Detroit in the spring.

‘It is industrial theft’: TV chief hits out at £50m deal to stage a grand prix in Saudi Arabia – NEWPAPER24