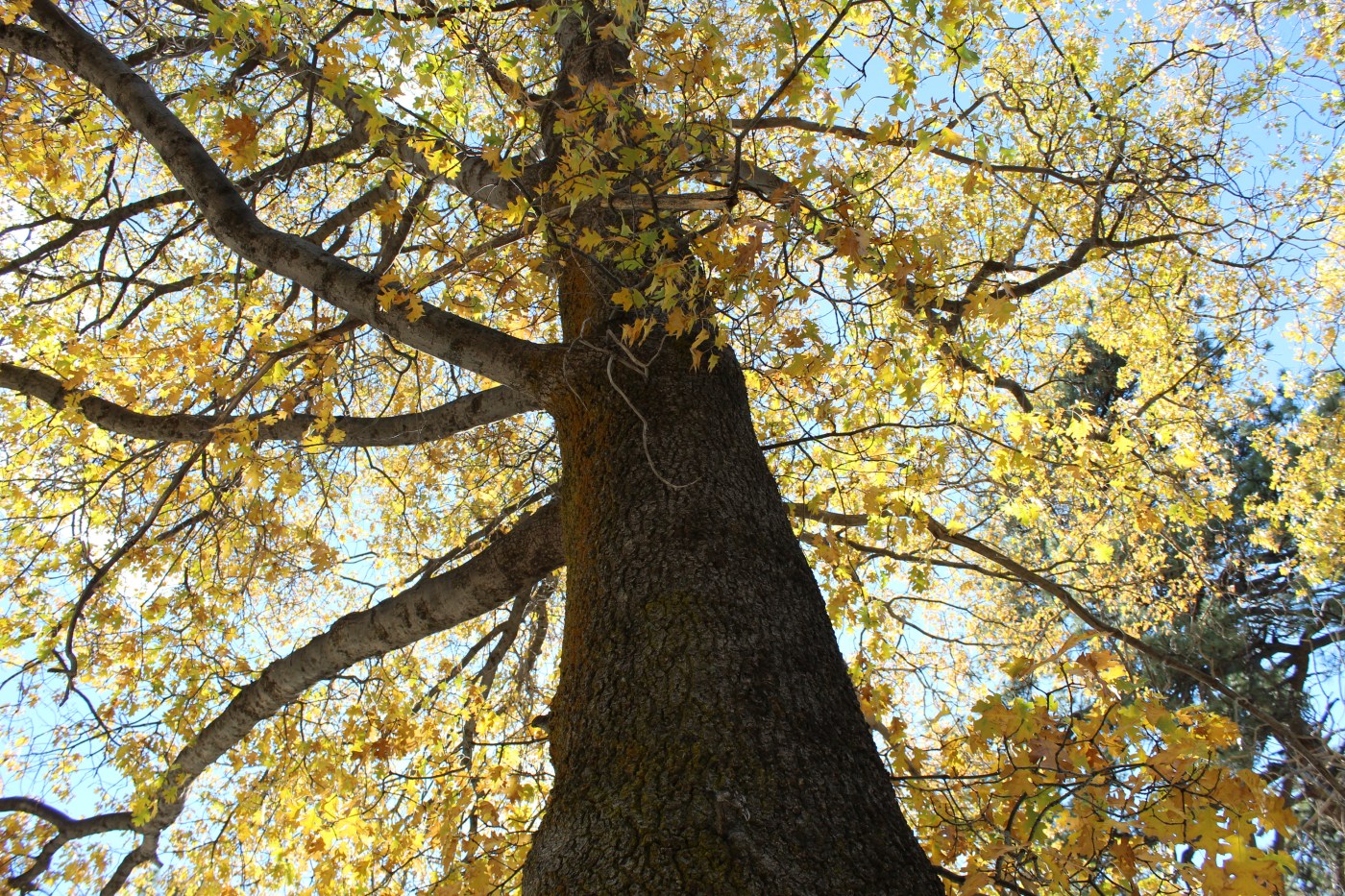 The Goldspotted Oak Borer, or GSOB, is an invasive beetle that is killing native oaks in several areas of Southern California.

Susceptible oaks include coast live oak, canyon live oak, and California black oak. In many cases, GSOB has damaged or killed mature oaks valued for their beauty, wildlife habitat, and shade. Areas with large numbers of native oaks are particularly at risk. Unfortunately, oaks that are injured over several years from multiple generations of the GSOB often die.

Although the Goldspotted Oak Borer was first identified in San Diego County in 2004, it wasn’t until 2008 that oak deaths were linked directly to them. By 2010, they’d killed more than 20,000 oak trees growing in forests, parks, and urban areas in San Diego County. Later infestations occurred in Idlyllwild in 2012, Orange County in 2014, and Los Angeles County in 2015.

The three most recent outbreaks have all occurred in San Bernardino County. The first occurred in Oak Glen in 2018 followed by infestations in California black oaks in the Sugarloaf area of Big Bear in August 2019 and in Wrightwood in early November 2019.

The GSOB is native to southeastern Arizona where it is not destructive to otherwise healthy native oaks. This may be due to natural enemies and/or resistant oak species that have co-evolved with them.

What’s the damage: Damage occurs from larval feeding on the vascular (water and nutrient conducting tissues) system inside trunks and branches. Infested trees have black-stained bark and may ooze sap underneath red bark blisters. Adult beetles leave a distinctive D-shaped exit hole. Damage from GSOB adults feeding on leaves is not a major concern.

How to identify them: GSOB larvae are about 0.8 inches long, white and legless with two pincher-like spines on the end of their abdomen. Adult GSOB are smaller (about 0.4 inch long) and are mostly black with six gold spots on their forewings. Soft-bodied pupae resemble adults in size and shape and are found in the outer bark from late spring to early summer.

How to control them: Prevention is important since there are no known control methods once trees become infested with GSOB. Keeping infected firewood onsite is the most effective way to stop its spread. Wood should never be moved offsite since this is the major method by which GSOB is spread.No known natural enemies have been identified and insecticides are not generally effective.