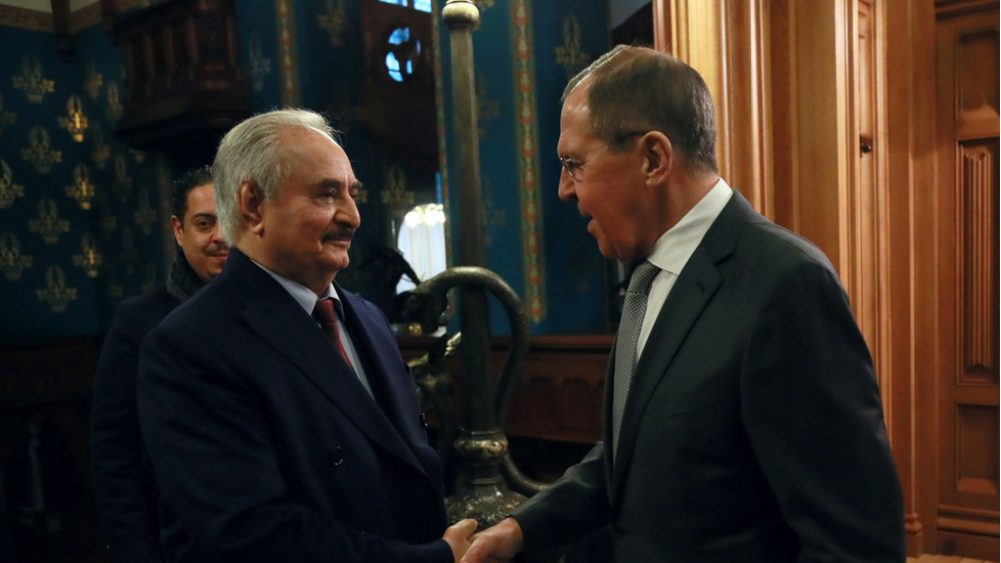 Head the UN-backed Government of National Accord (GNA) in Tripoli, Fayez al-Sarraj, and Benghazi-based General Khalifa Haftar who is now warring for control of the capital, were actually in the same building in Moscow for peace talks on Monday — an extremely rare and unlikely event in its own right.

The Putin-sponsored talks follow an agreement between the Russian president and Turkey’s Erdogan last week to issue an urgent ceasefire call in Libya (the urgent call designated last Saturday for a pause in fighting), but which was immediately rejected by Haftar, despite Russia being among his political backers.

Monday’s talks may have also been awkward for Haftar-Russian ties, given Haftar departed Moscow without signing the agreement for an “unconditional open-ended” ceasefire even after the GNA’s Sarraj did.

Likely, Haftar rebuffed the ceasefire — which also would establish a “military commission to determine a contact line” between fighters on the ground — given his Libyan National Army (LNA) has made recent gains into Tripoli. Notably Haftar refused to engage in face to face talks with Sarraj despite being in the same building.

But he did ask for more time to make a final decision, but it’s increasingly looking like he’ll reject any stoppage in fighting.

Expressing surprise that like with Syria before, the United States has been effectively cut out from overseeing any diplomatic solution, Der Spiegel journalist Mathieu von Rohr noted, “Now, [Russia and Turkey] not only have their seat at the table, they provide the table. And Europe is nowhere to be seen.”

While France and Italy were quarrelling about Libya, Russia and Turkey took the initiative. Now, they not only have their seat at the table, they provide the table. And Europe is nowhere to be seen. https://t.co/VNpG3iPpWD

Amid Haftar delaying signing the deal, the Russian military is still touting that the Libyan rivals agreed to an “ongoing ceasefire” according to the AFP. Russia has vowed to continue pushing peace efforts.

But the reality will only be tested on the ground, where mortars and missiles continue to fly across the suburbs on the outskirts of Tripoli.