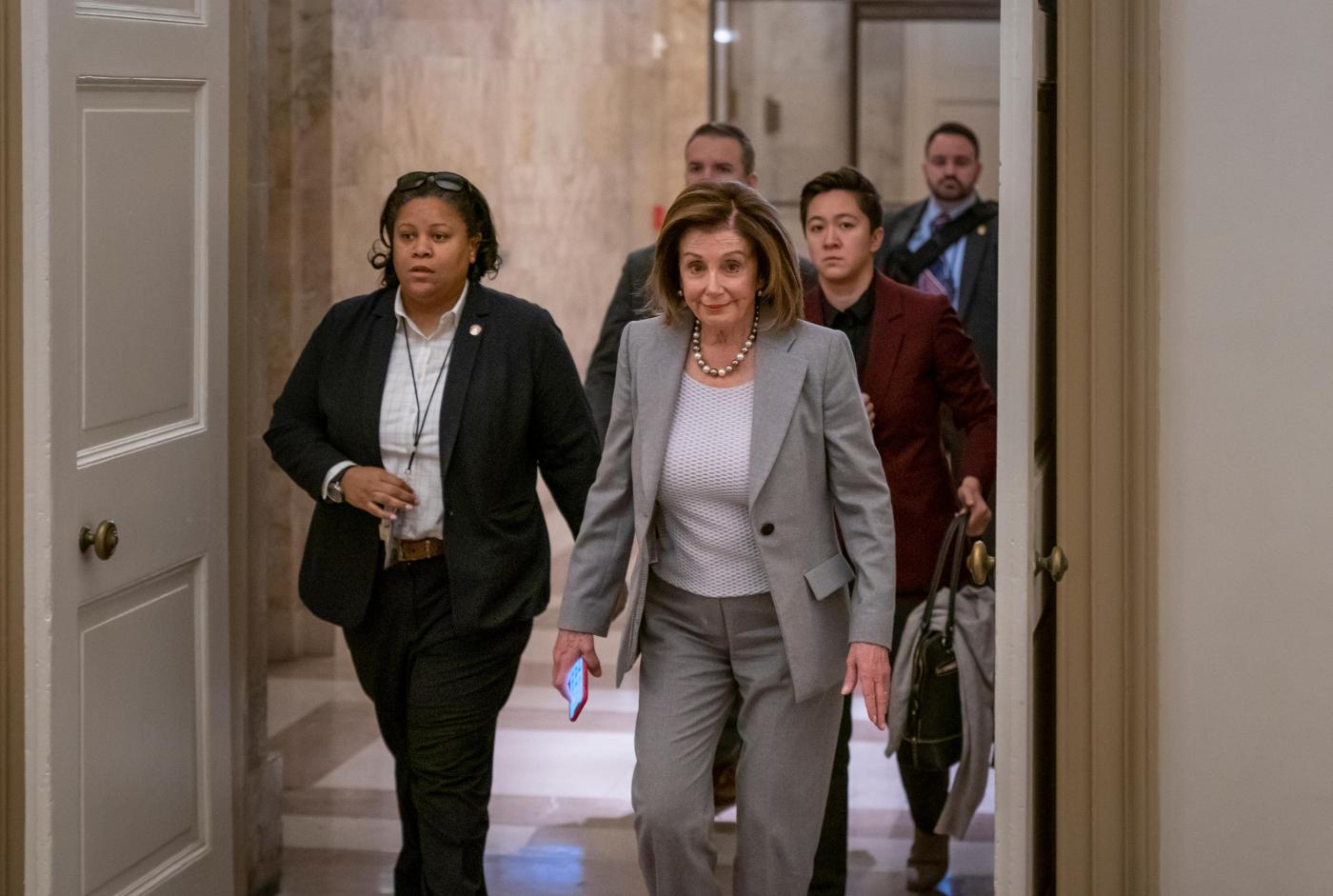 WASHINGTON — The House is preparing to vote Wednesday to send the articles of impeachment against President Donald Trump to the Senate to start the historic trial, several people told The Associated Press.

Speaker Nancy Pelosi was meeting privately Tuesday at the Capitol with House Democrats about next steps, ending her blockade almost a month after they voted to impeach Trump on charges of abuse of power and obstruction of Congress.

Pelosi suggested the House vote on Wednesday to transmit the charges and name the House managers for the case, according to one Democratic aide unauthorized to discuss the closed-door meeting.

The action will launch the rare Senate proceeding, only the third presidential impeachment trial in American history, a dramatic endeavor coming amid the backdrop of a politically divided nation and the start of an election year.

The trial would begin in a matter of days. Senate Majority Leader Mitch McConnell is meeting behind closed doors later Tuesday with GOP senators as they negotiate the terms of the trial.

Senate Republicans are signaling they would reject the idea of simply voting to dismiss the articles of impeachment against Trump as he has suggested. They are considering whether to allow a vote on such a motion to dismiss and another to subpoena testimony from new witnesses.

“I think our members, generally are not interested in the motion to dismiss. They think both sides need to be heard,” Sen. Roy Blunt, R-Mo., who is part of the GOP leadership, said Monday.

Trump was impeached by the Democratic-led House last month on charges of abuse of power over pushing Ukraine to investigate Democratic rival Joe Biden and obstruction of Congress in the probe.

With the impeachment trial starting in a matter of days, senators are still debating the rules of the proceedings. GOP senators are conferring privately about whether to allow a motion to dismiss the charges against the president or to call additional witnesses for testimony.

Trump suggested over the weekend he might prefer simply dismissing the charges rather than giving legitimacy to charges from the House, which he considers a “hoax.”

It was an extraordinary suggestion, but one being proposed by Trump allies with support from some GOP senators, including McConnell.

But it is clear McConnell does not have the votes needed from his GOP majority to do that.

Kids across Canada more at risk of hospitalization from flu this season: doctor