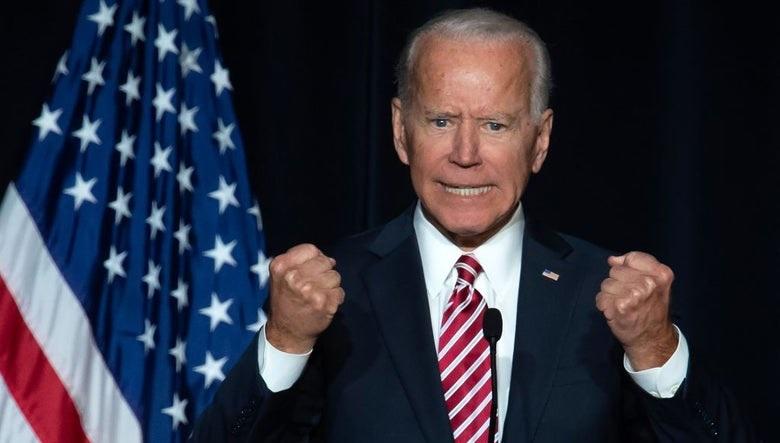 Joe Biden’s campaign chairman Steve Ricchetti has been privately meeting with top donors from Wall Street over the last week in a bid to drum up support for the 77-year-old former Vice President’s run at the Democratic nomination, according to CNBC.

Ricchetti huddled with around 90 financiers on Wednesday at New York-based investment banking firm Evercore, in a pitch which reportedly swayed several big-money donors who apparently haven’t heard Biden try to string together more than a few sentences.

Ricchetti told the donors that he believes now is the time for them and their donor networks to get behind Biden as the first contests of the 2020 primary season are set to kick off in three weeks, according to people familiar with the matter. -CNBC

Biden, while still the Democratic frontrunner, is in an extremely tight race with Sens. Bernie Sanders and Elizabeth Warren – the former of whom has begun beating Biden in several polls. South Bend Mayor Bete Buttigieg is also a serious contender at this stage.

The meeting did not just include staunch supporters of Biden, such as Effron, who, along with businessman Marc Lasry, has decided to back Biden after first backing Sen. Kamala Harris. The group was described by one attendee as donors who were either “Biden-warm or Biden-not-so-warm.” McGuire, for instance, was another Harris backer and a member of her national finance committee. Gallogly, as CNBC first reported, had supported former Texas Rep. Beto O’Rourke but has since decided to support Biden. Harris and O’Rourke dropped out of the race last year.

After the meeting, many of the donors appeared ready to join Biden’s cause, the people said. -CNBC

Meanwhile, Biden’s campaign will hold a series of fundraising events which could bring in millions of much-needed dollars at this critical juncture in his bid for the White House.