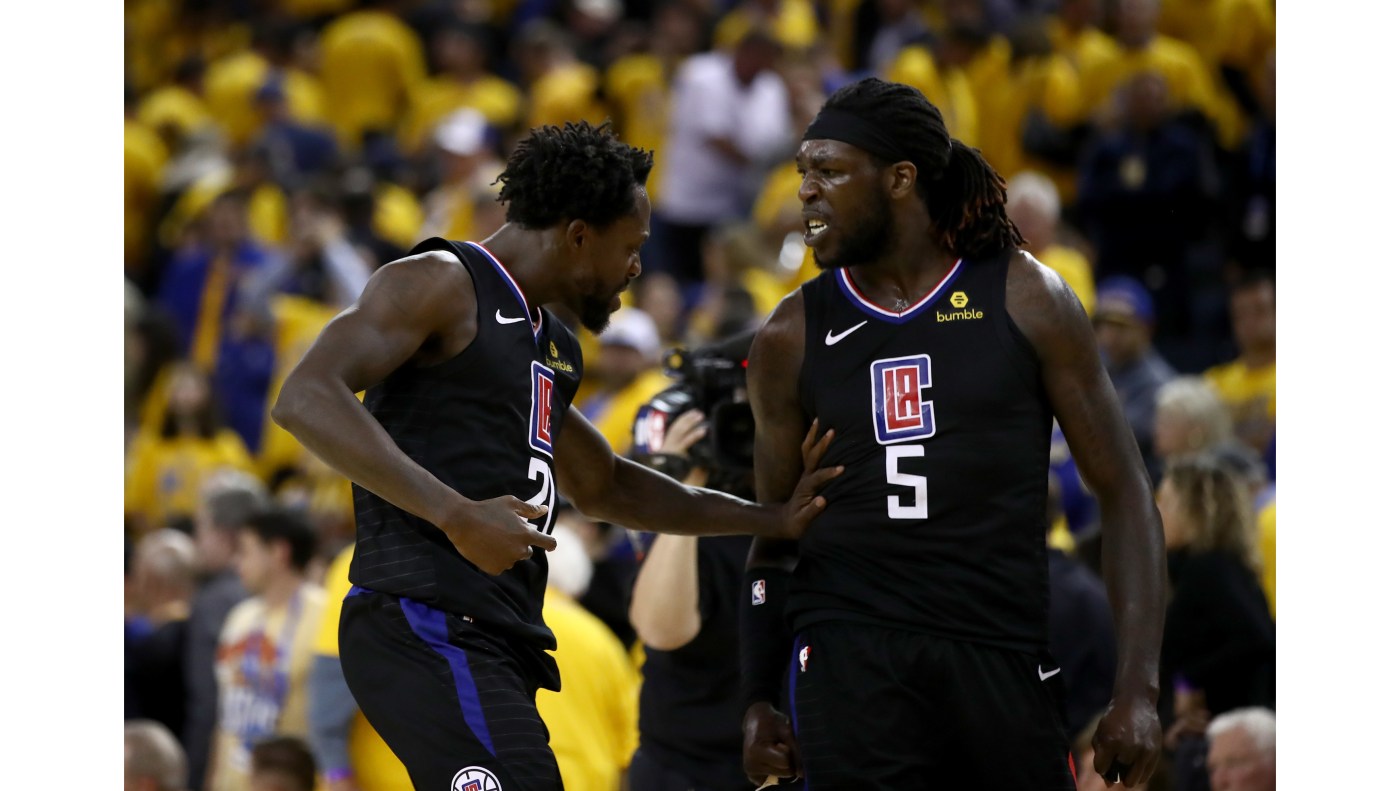 The pulsing heart of a team that exceeded expectations last season by winning 48 games and pushing the two-time defending champion Warriors to six games in the first round of the playoffs, Beverley encapsulates the Clippers’ blacktop mentality.

Coffey went undrafted in the 2019 NBA Draft before signing a two-way contract with the Clippers. The Minnesota native, who played three seasons at the University of Minnesota, averaged 14.8 points and shot 43 percent from the field during summer league play.

The arrival of a six-time NBA All-Star immediately helped establish the Clippers as a championship contender. The Clippers acquired the Palmdale native in a blockbuster trade that sent Shai Gilgeous-Alexander, Danilo Gallinari and a record-setting number of future draft picks to Oklahoma City.

A versatile weapon, Green proved he can stretch the floor at power forward or as a small-ball center in the Clippers’ playoff series against the Warriors, when he shot 53.5 percent (23 of 43) from the floor, including 52.2 percent (12 of 23) from 3-point range.

Known for his stingy defense, Harkless arrived from Portland via Miami as part of a four-team trade. The Clippers hope he can regain his 2017-18 shooting form, when he hit 41.5 percent of his 3-point attempts before that percentage dipped to 27.5 percent last season.

Third in Sixth Man of the Year voting last season, Harrell spent this summer working on adding a mid-range jumper to a willful arsenal that last year accounted for 16.6 points per game off the bench on 61.5 percent shooting.

On NBA Draft Night, the Clippers traded a 2020 first-round pick to the Brooklyn Nets for Kabengele, the 27th selection. The nephew of Dikembe Mutumbo, Kabengele began his college career as an unheralded recruit before emerging as a star off the bench for a Seminoles team that reached Elite Eight.

The former Riverside King High star leveled the NBA playing field by choosing the Clippers in free agency over the Lakers and the Toronto Raptors, whom he’d just led to their first NBA championship – and Leonard’s second. He is a two-time NBA Finals MVP, …read more