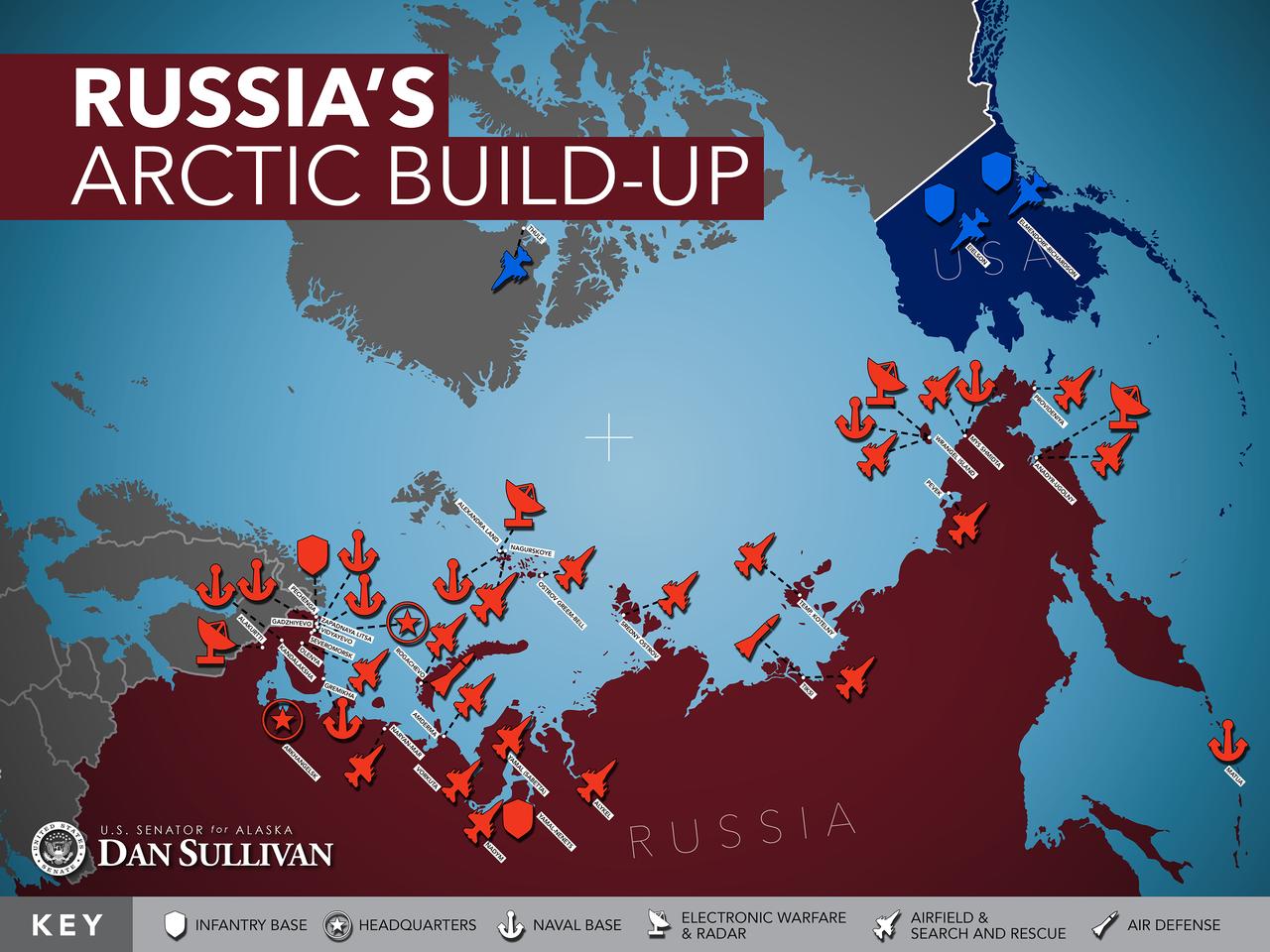 We’ve been documenting how there is a new cold war flourishing across the Arctic. The US, Russia, China, and Europen countries are all attempting to militarize parts of the Arctic region. The first country to dominate the frozen frontier will become the world’s next superpower and possibly control $35 trillion worth of natural resources hiding underneath the ocean floor.

In preparation for a fierce fight in the Arctic, possibly in the late 2020s/early 2030s, Russia has launched massive nuclear war games across its Arctic Seas this week, reported The Moscow Times.

The Ministry of Defence of the Russian Federation said 12,000 Russian soldiers, 100 attack and bomber aircraft, and 200 missile launchers would be practicing offensive and defensive exercises in the Arctic to show the readiness of Russia’s strategic nuclear forces.

Navigation warnings have been posted for civilian aircraft and ships off Russia’s northern coast, located within the Arctic Circle. Submarines, battle cruisers, and aircraft are expected to test ballistic missile firing capabilities through the end of the week.

“During the drills, cruise and ballistic missiles of various types will be launched, including against the Pemboi, Chizha and Kura firing ranges,” the Defence Ministry said.

The Times says cruise missiles launched from aircraft and vessels will strike targets at the Pemboi test range in the north of Russia’s Komi Republic. Another range that will be used is in Chizha, located in the north of Arkhangelsk Oblast on the Barents Sea. Weapon tests will also be conducted on the Kamchatka Peninsula, located on the Pacific Ocean and the Sea of Okhotsk.

“With the test taking place in both the European Arctic and in the Far East, ballistic missiles are set to fly both ways across the Arctic. In the European section, missile launches would likely take place both from a Delta-IV class submarine and a Borei-class submarine aiming at the Kura range, while missiles launched from Pacific Fleet submarines in the Far East will hit the Chizha test range in Russia’s western Arctic,” The Times wrote.

The war exercise comes as Moscow and Beijing are establishing the “Polar Silk Road” in the Arctic as warming temperatures give way to new shipping lanes and economic opportunities.