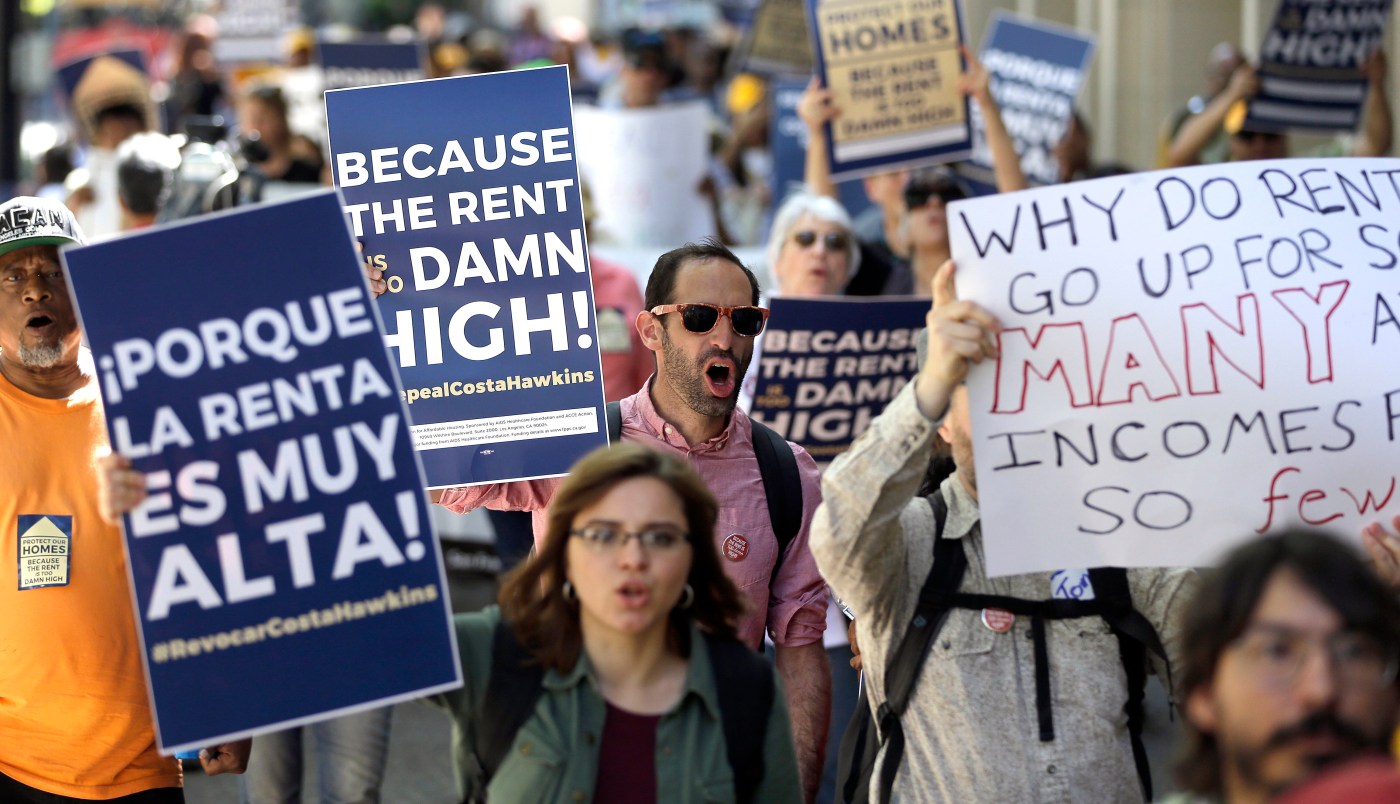 Over the next decade, Southern California will need more than 1.3 million new homes in order to keep up with the surging demand. That’s according to a report published last month by the California Department of Housing and Community Development at a time when lawmakers in Sacramento are grappling with a statewide solution to California’s housing crisis.

State lawmakers are not alone; the Los Angeles County Board of Supervisors is also considering a solution of its own. On Tuesday, the Board of Supervisors will debate whether to apply new rent-control regulations throughout unincorporated parts of the county — an issue that was rejected by over 50% of voters in Los Angeles County just this past November.

Everyone agrees we need more housing — and a lot of it — here in Los Angeles, and throughout California. But, given the amount of resources afforded to the state, we should really consider who is best equipped to solve our state’s housing crisis.

In fact, top Democrats forged a deal with Gov. Gavin Newsom that would cap rent increases statewide at 5% plus inflation per year for the next decade, while also providing renters with additional protections.

Demonstrating how far negotiations have come, the new deal also includes support from the California Apartment Association, which was previously in opposition. It appears all the players are seated at the table and eager to find a statewide solution. That’s why I’m calling on the Board of Supervisors to postpone its vote on new rent-control regulations until we see what comes out of Sacramento.

The result of this legislative session will provide our Board of Supervisors the guidance they need to determine the best next steps to ensuring a more affordable region for everyone. It doesn’t make sense for them to enact a permanent rent-control policy across unincorporated Los Angeles County at a time when the issue is already being addressed in Sacramento.

Save SB276 to fight childhood diseases

Amend AB5 to help save a free press in California

Sectoral collective bargaining is bad for the economy

One thing that is …read more