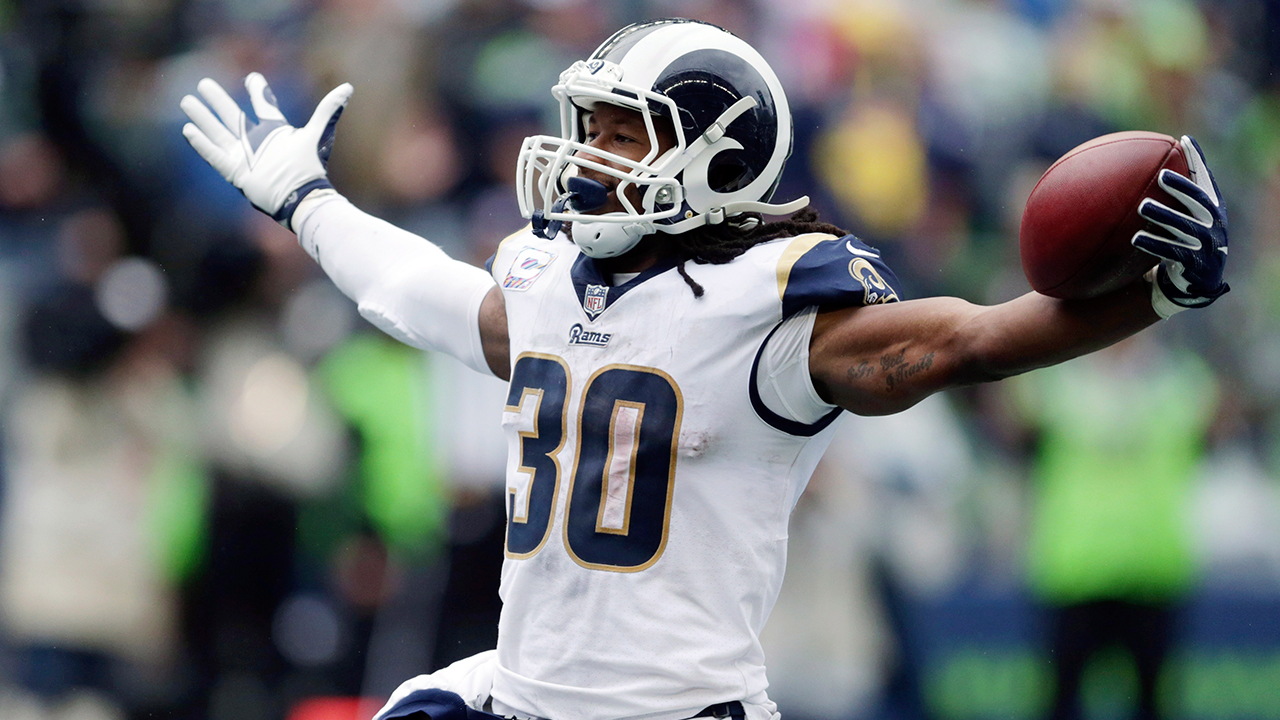 Todd Gurley will be aiming to extend his touchdown-scoring streak to 10 games when the Los Angeles Rams return home to take on the Seattle Seahawks on Sunday as 10-point favourites on the NFL Week 10 odds at sportsbooks monitored by OddsShark.com.

Gurley leads all NFL rushers with 868 yards, while his 16 total touchdowns have vaulted him to a short +400 wager on the NFL MVP odds going into Sunday afternoon’s game at Los Angeles Memorial Coliseum.

The reigning NFL Offensive Player of the Year has played a key role in the Rams’ rise to +350 favourites on the Super Bowl 53 odds. However, Los Angeles is coming off its first loss of the season, a 45-35 defeat in New Orleans as 2-point chalk last week that has dumped the squad to 1-4-1 against the spread over its past six outings.

The Seahawks are desperate for a win to remain in playoff contention after dropping a 25-17 decision to the Los Angeles Chargers as 1-point home favourites. Seattle has rebounded from a pair of season-opening away losses with three straight road victories, and has limited opponents to 17 or fewer points in four of its past six.

However, the Seahawks have been outscored by a 75-38 margin over two straight losses to the Rams.

Elsewhere, the Kansas City Chiefs join the Rams as double-digit chalk this weekend as they host the Arizona Cardinals favoured by 16.5 points. The Saints aim for an eighth straight victory in their visit to Cincinnati as 5.5-point chalk, while the Chicago Bears look to pad their lead atop the NFC North as they host the Detroit Lions as 6.5-point favourites.

Patrick Mahomes maintained his historic scoring pace by throwing three touchdown passes in Kansas City’s latest lopsided victory, a 37-21 win in Cleveland as an 8-point favourite, and now leads the way as a -150 favourite on the NFL MVP odds. The Cardinals are coming off a bye week following an 18-15 win over San Francisco, but have scored more than 18 points just once while going 2-6 this season.

The Saints have covered in six straight while scoring an average of 39.7 points per game during that stretch, and face a Bengals squad that has surrendered a league-worst 447.8 total yards per game this season.

Elsewhere on the NFL Week 10 odds, the point total is set at a …read more