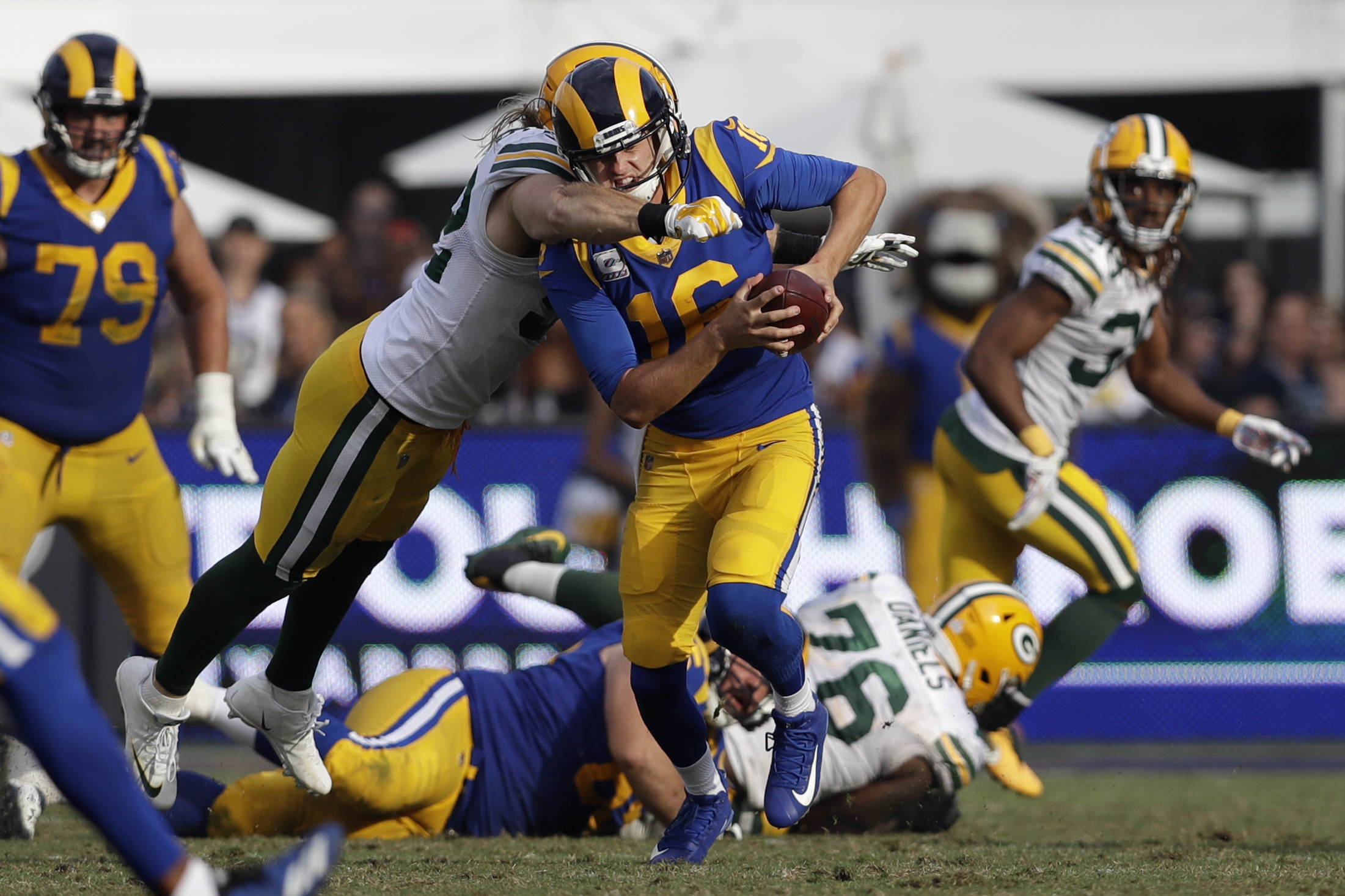 For seven weeks, they’d built a near-impenetrable fortress around the pocket. Outside of a snowy, five-sack afternoon in Denver, Jared Goff had been taken down just seven times in six weeks, as the Rams offensive line established itself as one of the league’s best. But on this particular afternoon, with an 8-0 start on the line, an eager Packers pass rush managed to breach the wall early.

Sign up for Home Turf and get exclusive stories every SoCal sports fan must read, sent daily. Subscribe here.

The pocket, through one quarter, was under siege. The league’s most explosive offense grinded to a halt, as Goff barely had time to set his feet before blitzing Packers beared down on him. In just 14 plays, he was sacked three times.

The brunt of that blame appeared to be on the offensive line, which seemed, at first, wholly unprepared for the Packers’ all-out assault. But as they met on the sideline, there was no sense of panic among offensive linemen. There were no desperate search for answers to Green Bay’s pass rush. Sure, the first three drives had produced just 43 combined yards. And yes, the next two would yield just 45 more. The rhythm was off. Todd Gurley was stifled.

But after two months of dominance, a general calm had settled over the five-man unit. And over the next three quarters, as the Rams took control, grinding out a 29-27 victory, that quiet confidence would speak volumes about how far they’ve come – and, quite possibly, how far they’re capable of going.

“It was slightly unusual for some guys to get through there early on,” Goff said. “That doesn’t happen to us ever. But it’s a calming presence, how smart the (linemen) are. I never was worried or thinking about it. They did such a good job once they settled in.”

And once they settled in, the rest of the Rams offense took off. After throwing for just 31 yards in the first quarter, Goff threw for 264 yards and three touchdowns over the game’s final three.

Gurley took a bit longer to get going. As the Packers focused on shutting him down, holding the league’s leading rusher to just 13 carries for 34 yards in the first half, Gurley …read more